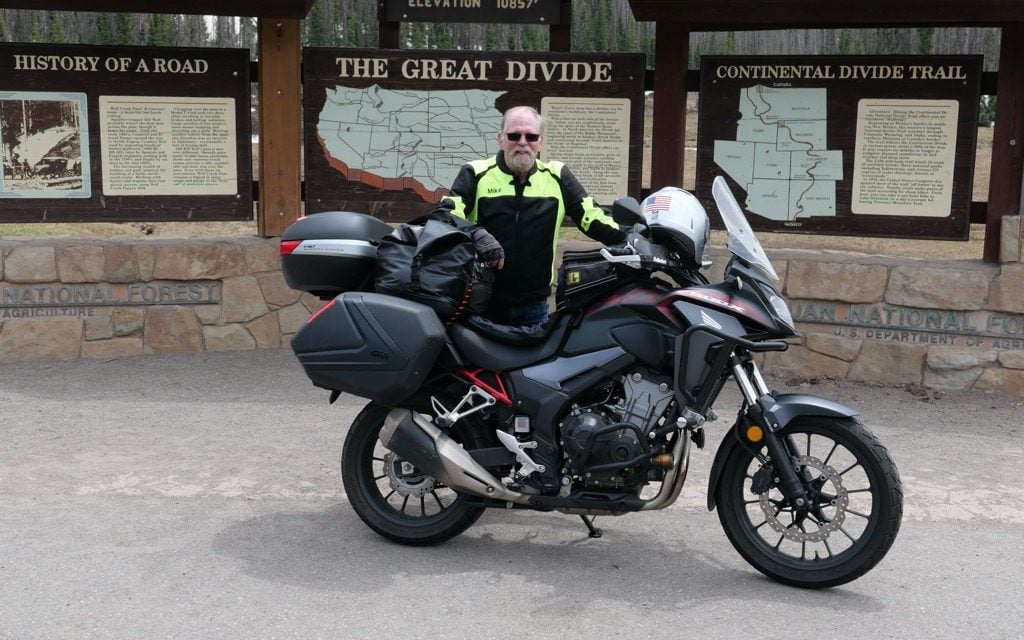 A Combat Veteran Sets Out Across America

Mike Boyd is an American treasure, though he does not perceive himself as such. A Vietnam combat veteran, Huey helicopter pilot, and Purple Heart recipient among other honors, Mike has experienced much of life in his 70+ years. Among his great loves is motorcycling, of which he has amassed untold miles criss-crossing America upon countless bikes over his lifetime. Mike has photographed for us here at Road Dirt as well, and we love the guy. He may be all of 5’7” or so, but he’s 10-feet tall to us.

Mike recently completed a trip out west astride a new Honda CB500X with plenty of photos, and we wanted to share his journey with you. Our hope is that you’ll enjoy his trip chronicle, and be inspired to launch out on your own adventure this year. 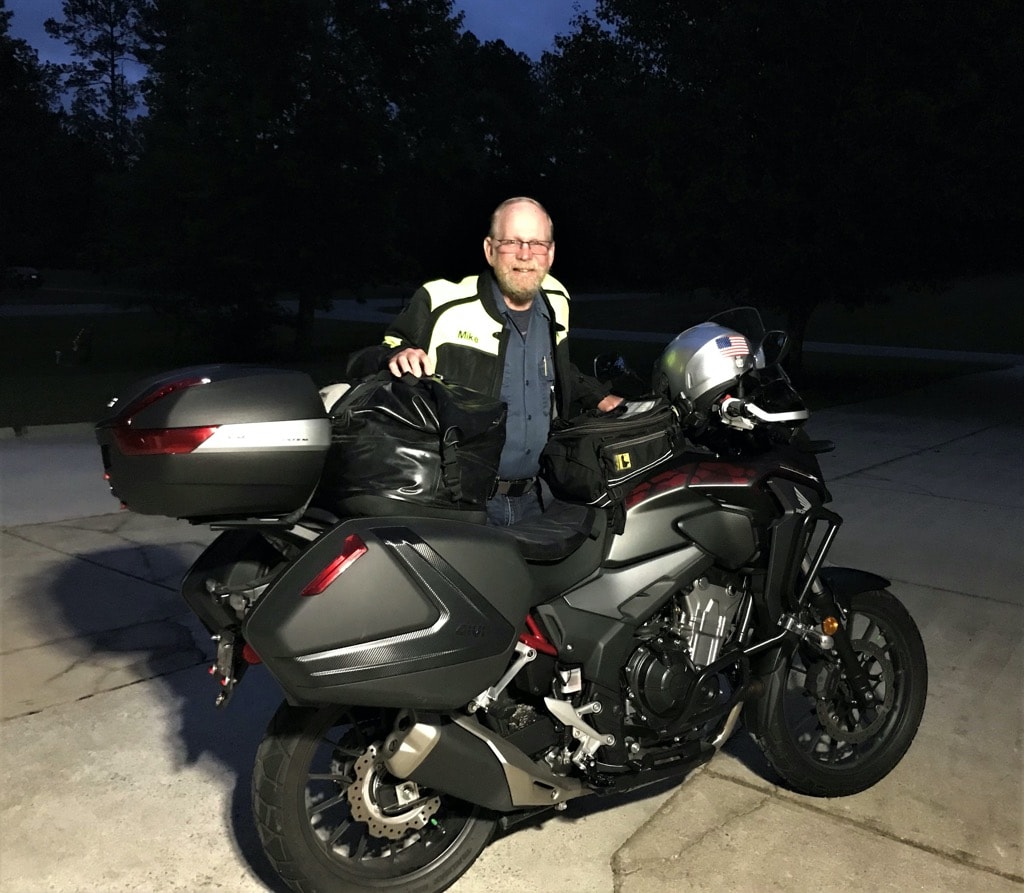 Me and a packed Honda CB500X, ready to roll.

I have been riding motorcycles for sixty years. As my 73rd birthday was coming into view this year, I decided to set out on a cross-country adventure on my new 2021 Honda CB500X, which I outfitted with all the necessary equipment for a long distance tour.

I have large motorcycles for touring but wanted to ride a smaller adventure type bike for semi off-road riding and tent camping. I purchased my bike new in March of this year and spent a couple of months getting myself and the bike ready for the big adventure. All of my camping gear was lightweight backpacking equipment. I found the best way to carry this gear is to lay everything flat in a roll top bag and strap it to the back seat with ROK straps. Works for me.

The goal of this trip is to visit the national parks in Utah (the entire central part of Utah is almost nothing but fantastic state/national parks and forests) with an old friend and evaluate touring on this CB500X. I was to meet up in Moab, Utah with a fellow Vietnam veteran helicopter pilot, Dan, who rides a Can Am Spyder. We were quite a pair to see. We would take in several national parks, then Dan would go his separate way after we reached Vernal, UT and I would ride on to Colorado. 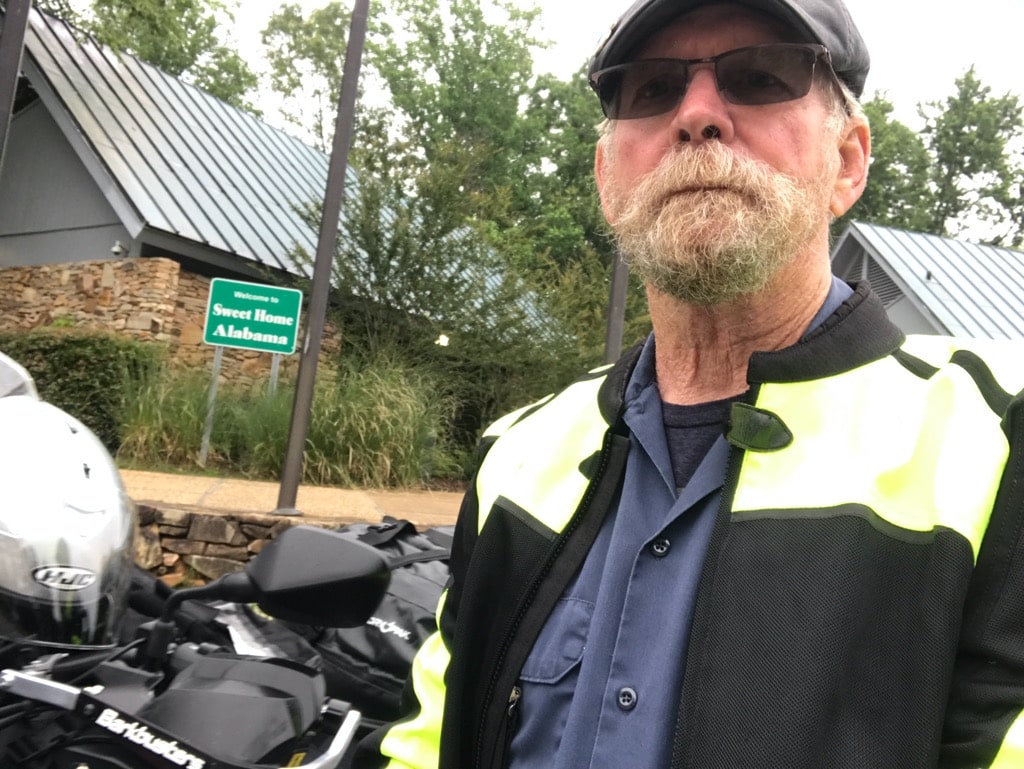 Alabama State Line, looking ahead at the rain I was riding into.

I left my home in Georgia and made it to the Alabama line before I ran into rain. Two states later it stopped. I “moteled” it in Greenville, MS hoping I was through with the rain. I rode for a good while the next morning before stopping in Hamburg, AR at a little café in the town square for a breakfast bite. While I was riding through Texarkana, I passed a biker road house whose occupants showed their “approval” of me and my ride by giving me the “high sign” while I rode by.

By the time I reached Paris, TX it started raining so hard I felt unsafe. I swooped into a Harley dealership and hung out for about an hour (without making a single t-shirt purchase). Soon the rain slacked off and I continued on to Amarillo. This Texas Panhandle city was hotter than hell, so I decided to continue on to Dalhart, TX. It was Hades-hot there as well, but I was so tired I got a motel room. There are great BBQ joints and lots of cows in Dalhart (though not much else), so I enjoyed some of one and smelled the other. 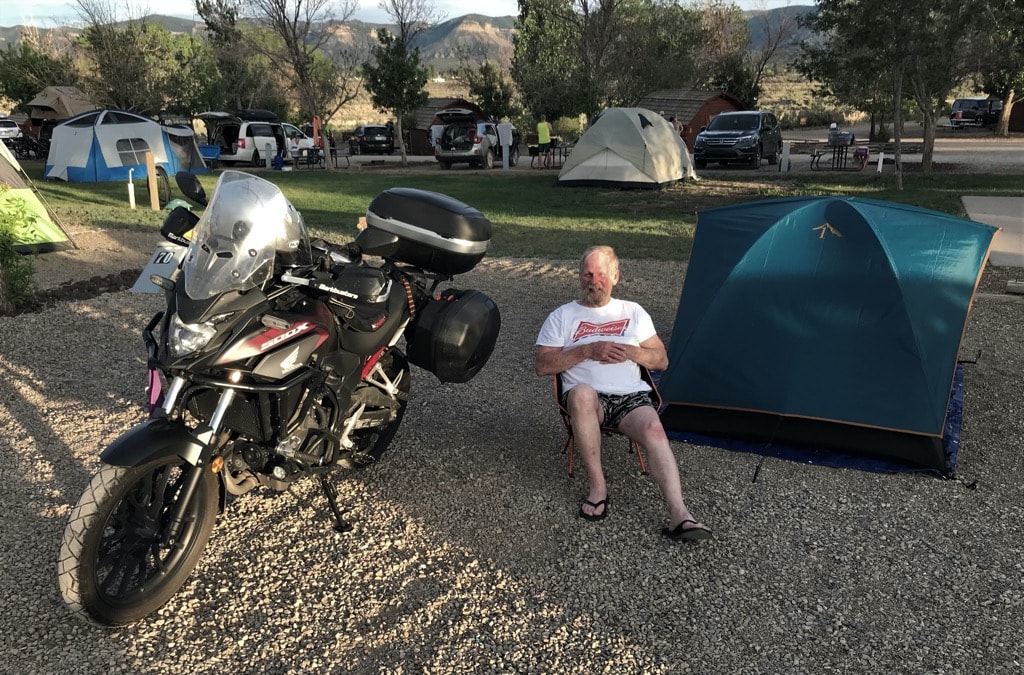 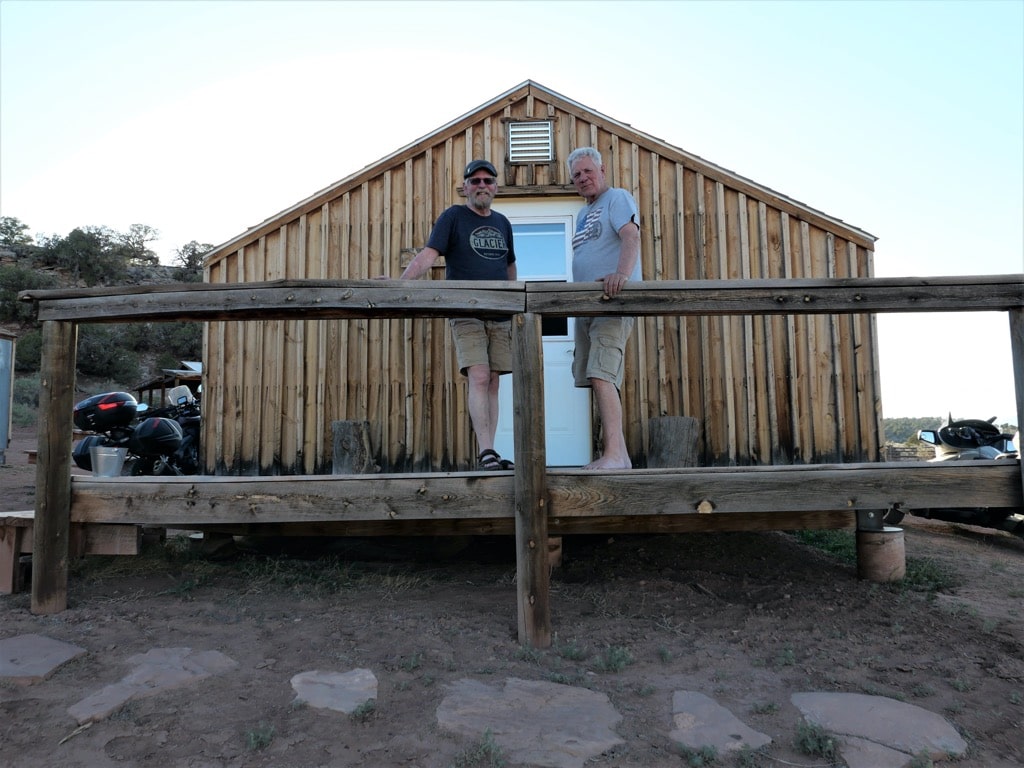 The KOA in Cortez, NM, and the much better cabin in Utah.

The next day I rode on to Cortez, NM and tent camped in a KOA campground. The Wi-Fi didn’t work, the shower drain was clogged up, I had noisy neighbors- all for the not-so-cheap price of $42. So not worth it.

On the 5th day, I met Dan at a motorcycle adventure campground some 40 miles out in the middle of nowhere in Utah. I arrived as the wind was blowing 30 mph creating a huge dust storm. I had no choice but to rent one of the cabins to get out of the wind- no chance of tenting. Dan, after temporarily getting lost, found the cabin and was relieved that we had rented it.

By this point I had ridden the little CB500X for some 2,000 miles with no problems. Before I left, I did install a 2-tooth smaller aluminum rear sprocket to lower the RPM. I always put the bike on the center stand at the end of each day and lube the chain, so as to extend the life of the sprocket.

In the morning after enjoying homemade burritos, Dan and I left the cabin headed for Arches National Park. The park is amazing, as is all the surrounding area. Unbelievably beautiful. 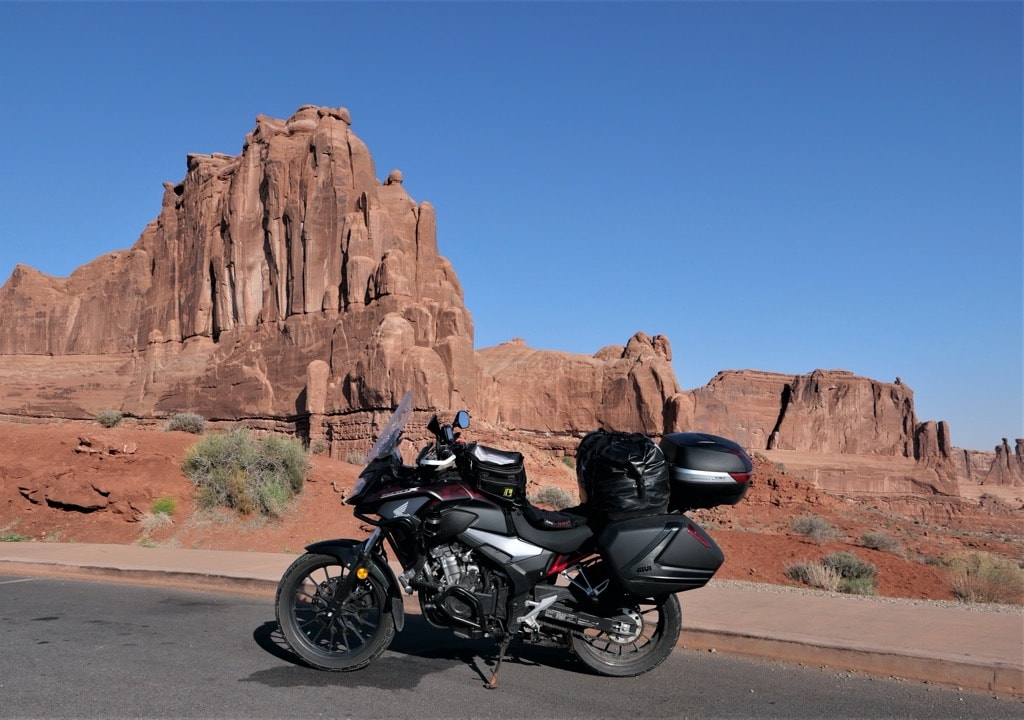 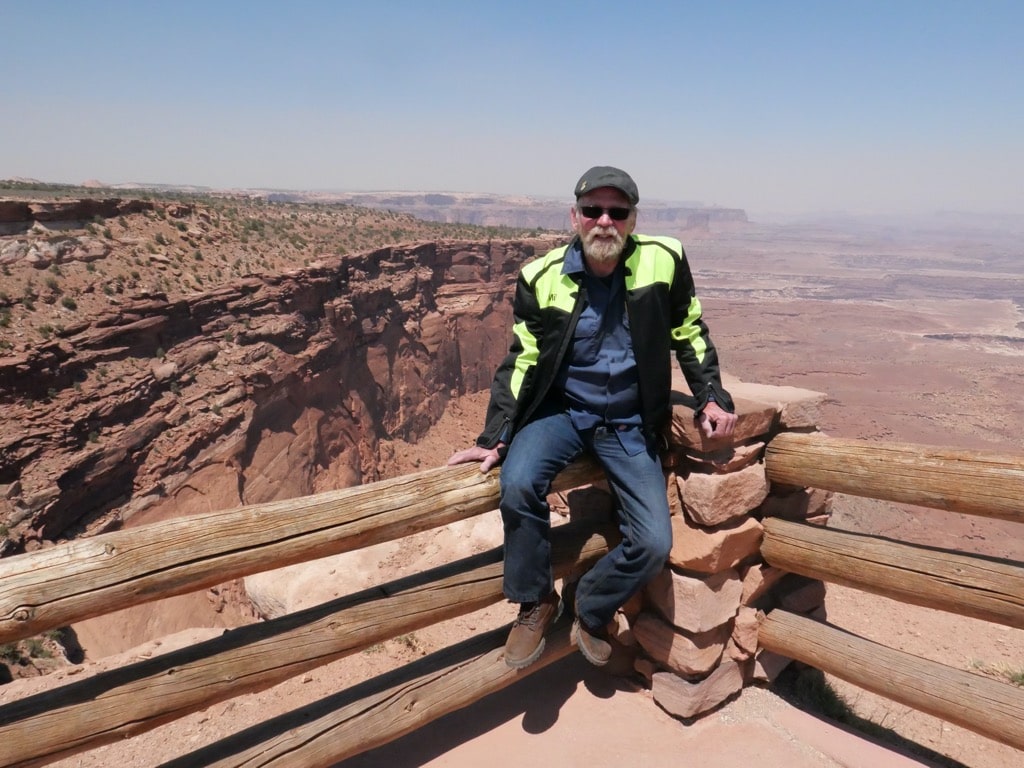 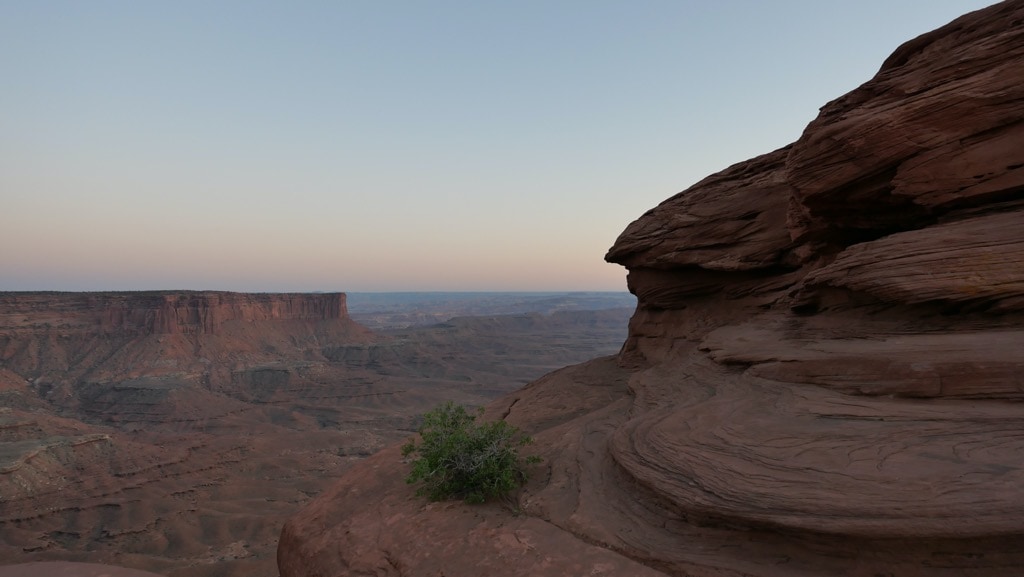 The CB500X at Arches NP, and a couple of shots around Canyonlands NP.

We camped in Canyonlands National Park and by sheer chance, the only site left was a handicapped site. After some discussion, we decided that since both of us are wounded Vietnam veterans we should qualify. Shortly before sunset a young man hailing from Pittsburg, PA named Eddie rode up looking for a place to stay. He was riding a Kawasaki 650 and seemed like a nice kid, so we invited him to pitch a tent with us.

Capital Reef NP was another awesome ride with the Burr Trail and the Grand Staircase Escalante NP nearby. After Capital Reef we proceeded south on “THE 12” out of Escalante, which is a famous must-do road for motorcycle riders. The little CB500X does not disappoint in the twisties. Even loaded down with gear, it’s great fun.

We stopped in at Kodachrome Basin State Park on our way to Bryce Canyon NP. Again we got lucky with the camping and I even got a $3 shower at the general store. SCORE! In the morning we rode up to Antimony, UT for a great breakfast in a country cafe. With full bellies, Dan and I headed north and rode through the Fishlake National Forest, which is the home of Mt. Terrill (elev. 11,547’). We owned the road and loved this beautiful ride. 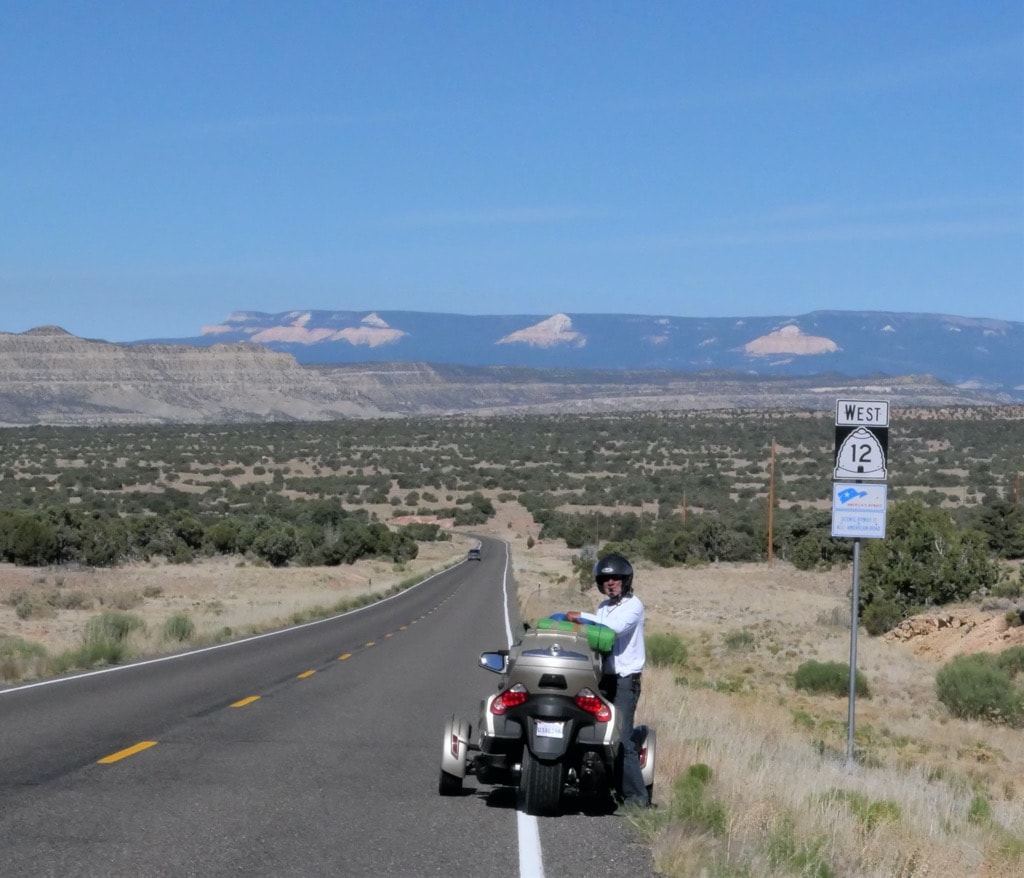 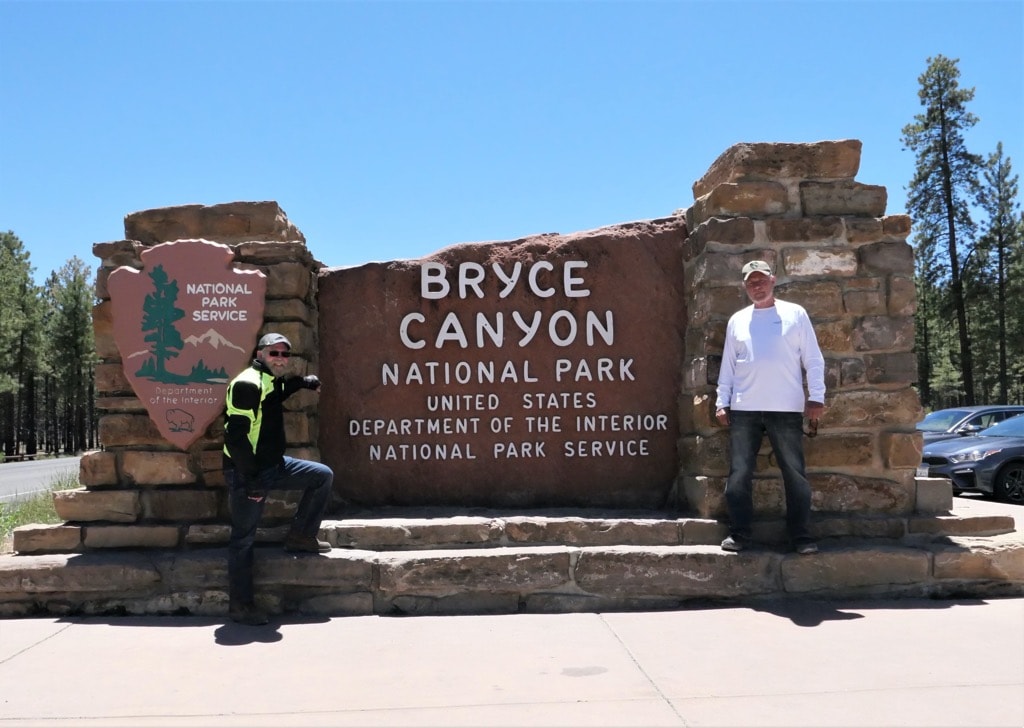 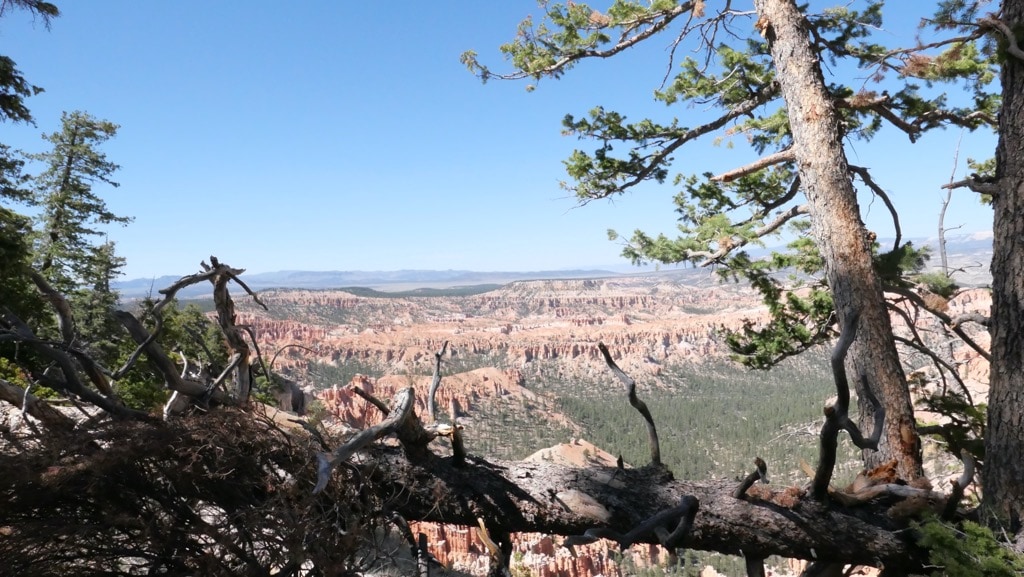 Riding “The 12”, and two shots at Bryce Canyon.

We put in a long day on the road, and ended up in Vernal, UT where we decided to motel it. We visited a Vietnam-Era Huey Cobra display there in town at the Vietnam War Memorial and remembered our younger days as Army Warrant Officers flying combat in Vietnam. The following morning we rode over to the Dinosaur National Monument where Dan and I said our goodbyes. Dan rode south towards Arizona and I headed for Denver.

After visiting my sister in Denver for a few days I rolled back towards Georgia, headed down the Front Range on I-25 to Raton Pass in another cold rain. As I cut the corner of New Mexico and rode hard across Texas, the weather turned in my favor for riding the remainder of the trip home.

The last part of my trip was all interstate and the little Honda 500 does very well at 70 mph turning 5,700 rpm. Over those couple of weeks I rode that ‘21 CB500X 5,000 miles and I am sure that this bike is up to any challenge. A great trip across America, on a great bike.

See ya on the road, 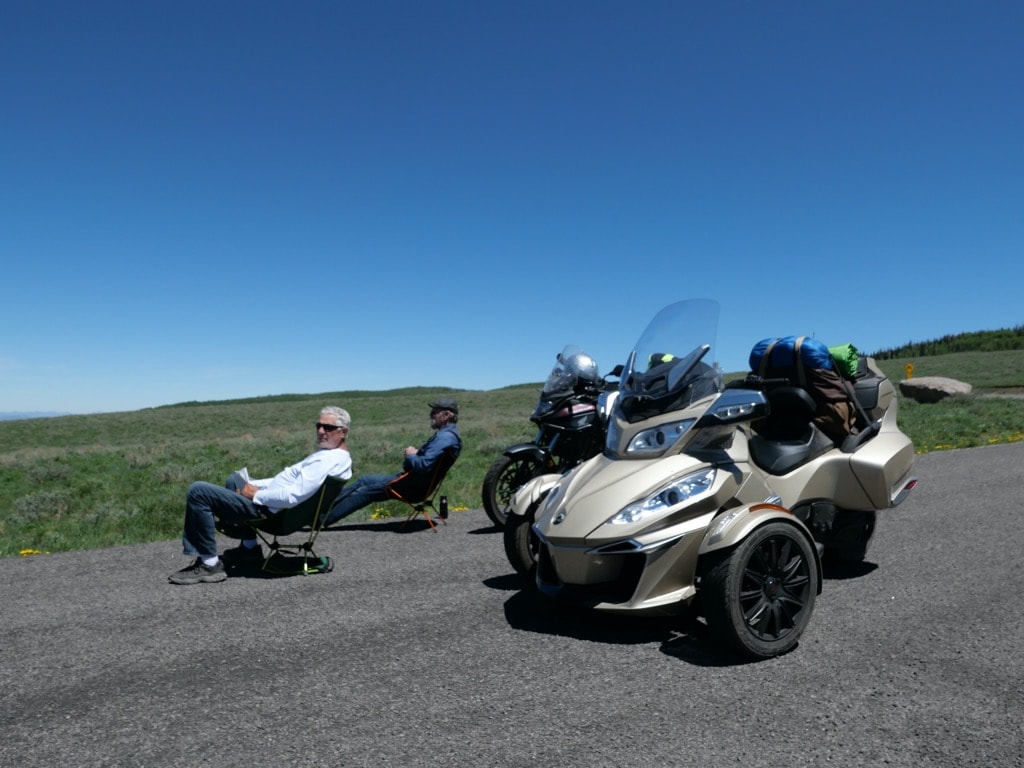 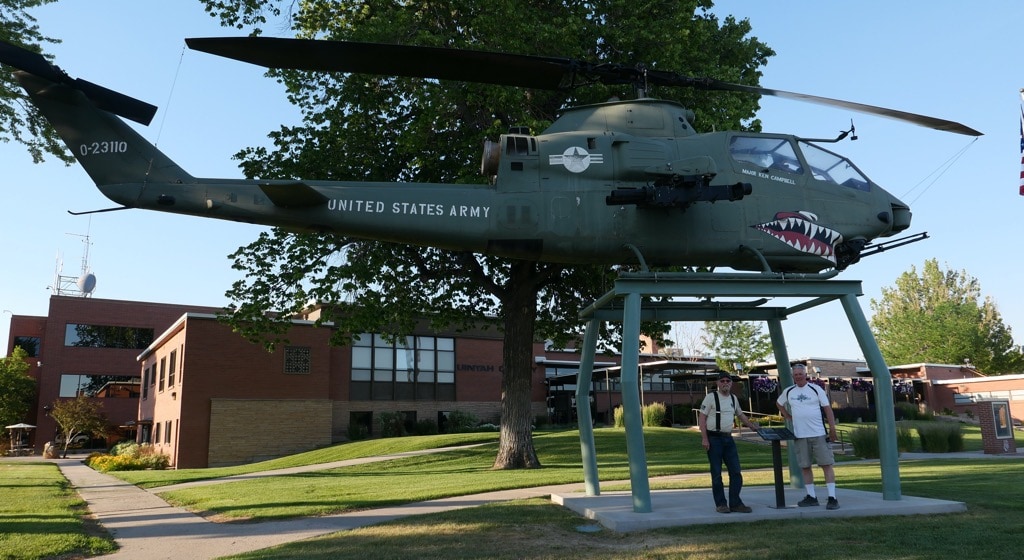 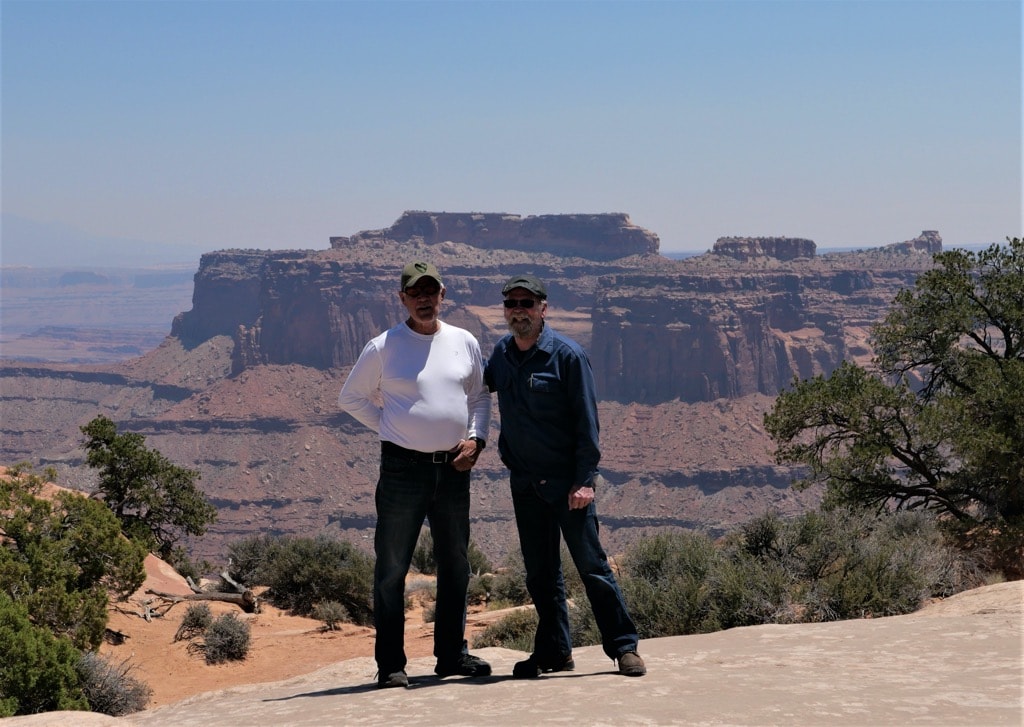 The Fishlake National Forest road we loved so much, the Vietnam War Memorial, and Dinosaur NP. 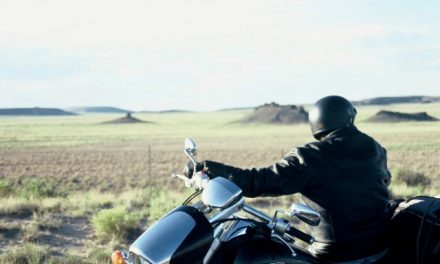 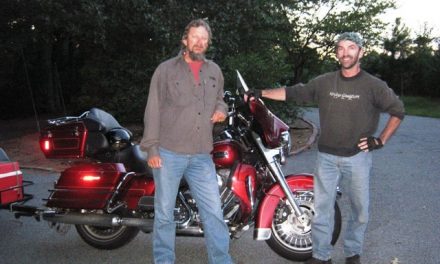 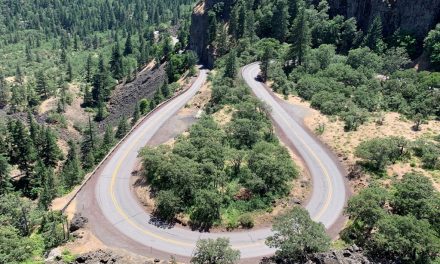 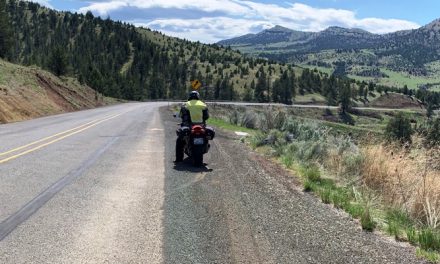