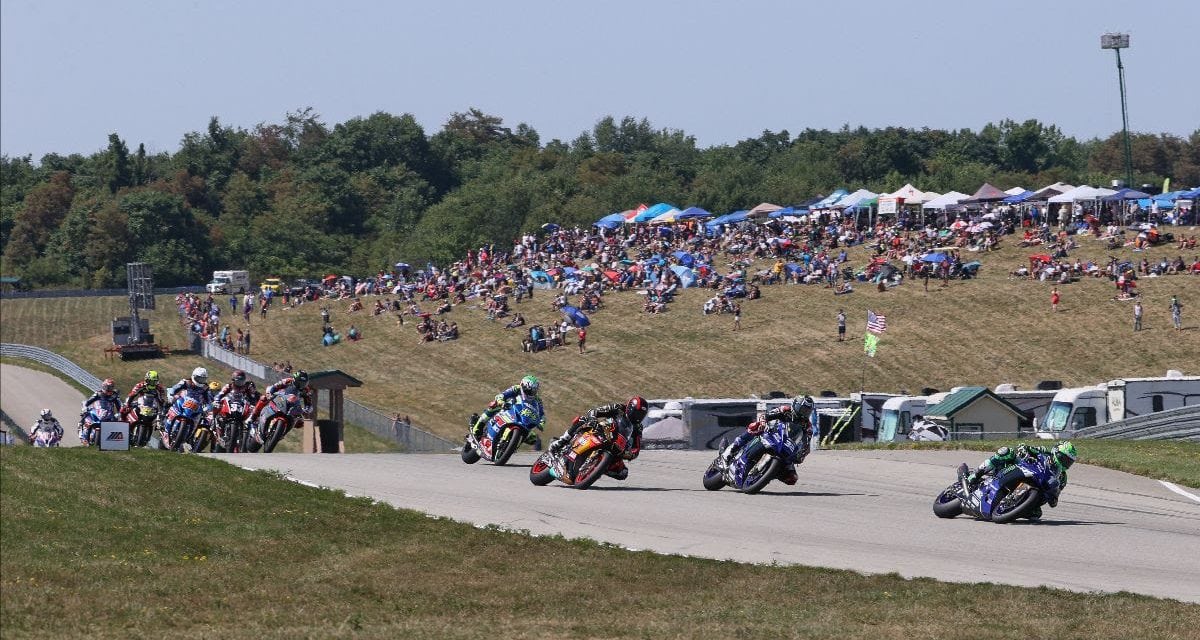 As a rule of thumb this past weekend, if you won on Saturday, you won on Sunday at Pittsburgh International Race Complex. That’s how the speed battles played out in multiple classes in MotoAmerica‘s 4th round of racing at PittRace. To top it off, Superbike reigning champ and current dominator in the class Cameron Beaubier celebrated the 100th AMA Superbike start of his career, and the 4-time national champion took his 45th career win on Sunday. In masterful fashion.

As the others have been in 2020, Beaubier’s win was decisive, though he wrongly downplayed it as “a bit lucky.” Challenged early by his Monster Energy Attack Performance Yamaha teammate Jake Gagne early on, Beaubier ended up 9.59 seconds ahead at the finish after clutch problems dropped Gagne back to third. Westby Racing’s Mathew Scholtz was the beneficiary of Gagne’s problems, the South African ending up second for the second straight day at Pittsburgh International Race Complex.

“At the start of the race,” Beaubier later reflected, “I put my head down and got a good start, which I’m really happy about because I’ve struggled with starts pretty bad in the past, and this year it’s been going really good. I get off the line really good and I think that’s a little key to our success as well. I saw .5 on my board lap after lap after lap. I’m like, ‘Man, Jake is riding really good.’ I missed a shift and kind of almost put my face through the windshield with maybe 11 to go, something like that. I knew he had probably stuck on me pretty good. I came by, and I saw plus two seconds gap. I was like, ‘Oh man. Maybe he ran off or something like that.’ Turns out it was a little clutch issue, which is a bummer for him because I knew it was going to be a pretty tough end to the race. All in all, I’m just really happy with where we’re at.” 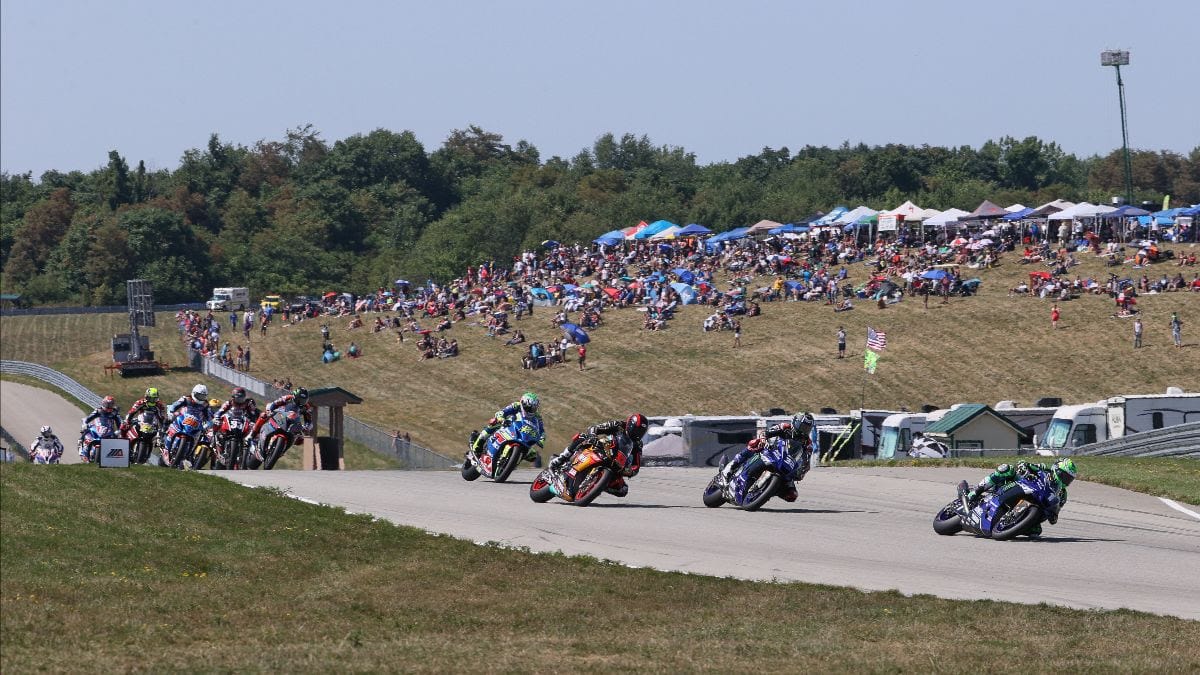 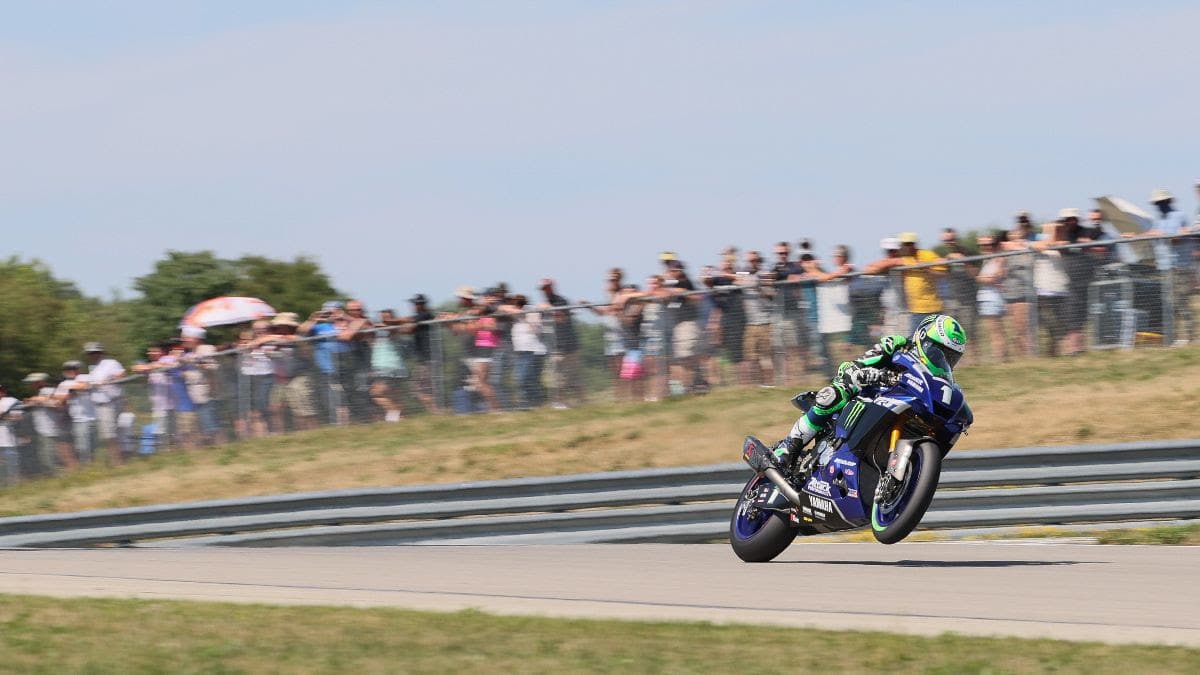 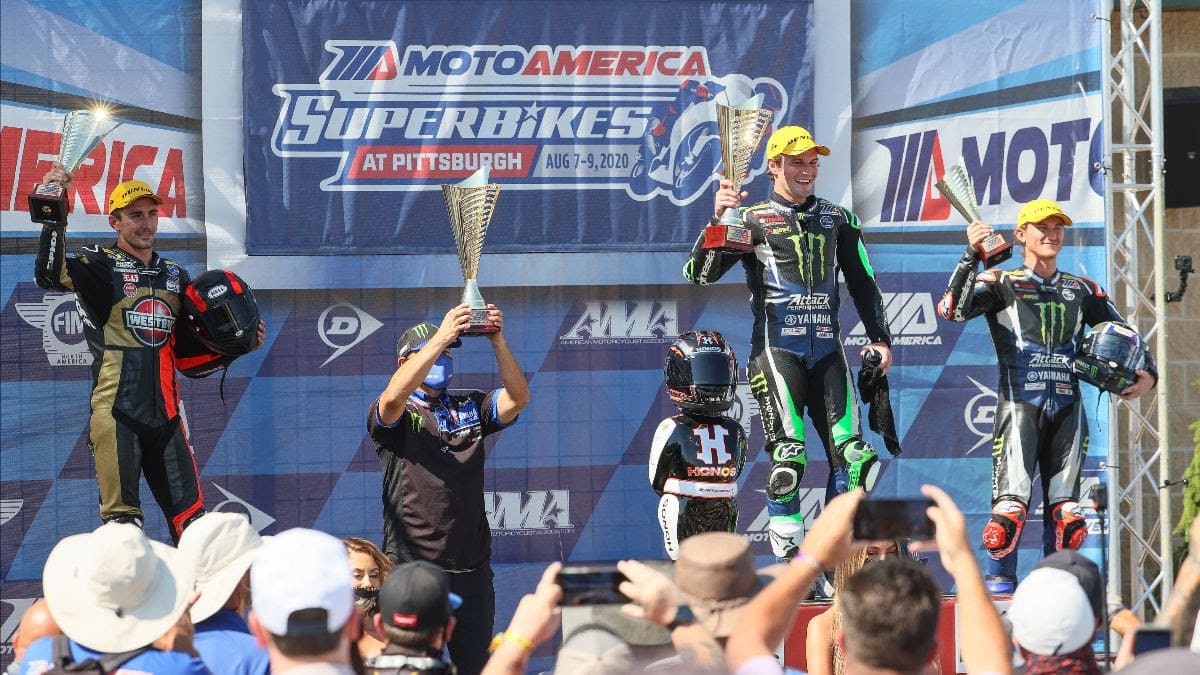 In Sunday’s Supersport race, HONOS Kawasaki rider Richie Escalante won his seventh race out of a total of eight so far this season. Similar to Saturday, Escalante had to contend with M4 ECSTAR Suzuki’s Sean Dylan Kelly in the early going. Kelly got the holeshot and led lap one until Escalante found a way past and never looked back.

Meanwhile, Celtic HSBK Racing’s Brandon Paasch had a battle of his own early on with Altus Motorsports rider Kevin Olmedo and then Kelly. At the finish line, it was Escalante winning by nearly seven seconds over Kelly, who had his hands full with Paasch right to the finish. Paasch, in fact, led on the final lap but made a mistake that allowed Kelly to squeeze by. At the finish line the two were separated by just .024 of a second.

“Today, every day, we’re feeling better,” Escalante said. “Today I have a little bit more rhythm, so I could pass. Brandon (Paasch), in the first several laps, was really good. I pushed my rhythm very consistently. I’m really happy to win with this gap and every lap the same. Just keep working. The championship is coming. The next race is a new track so new motivation.” 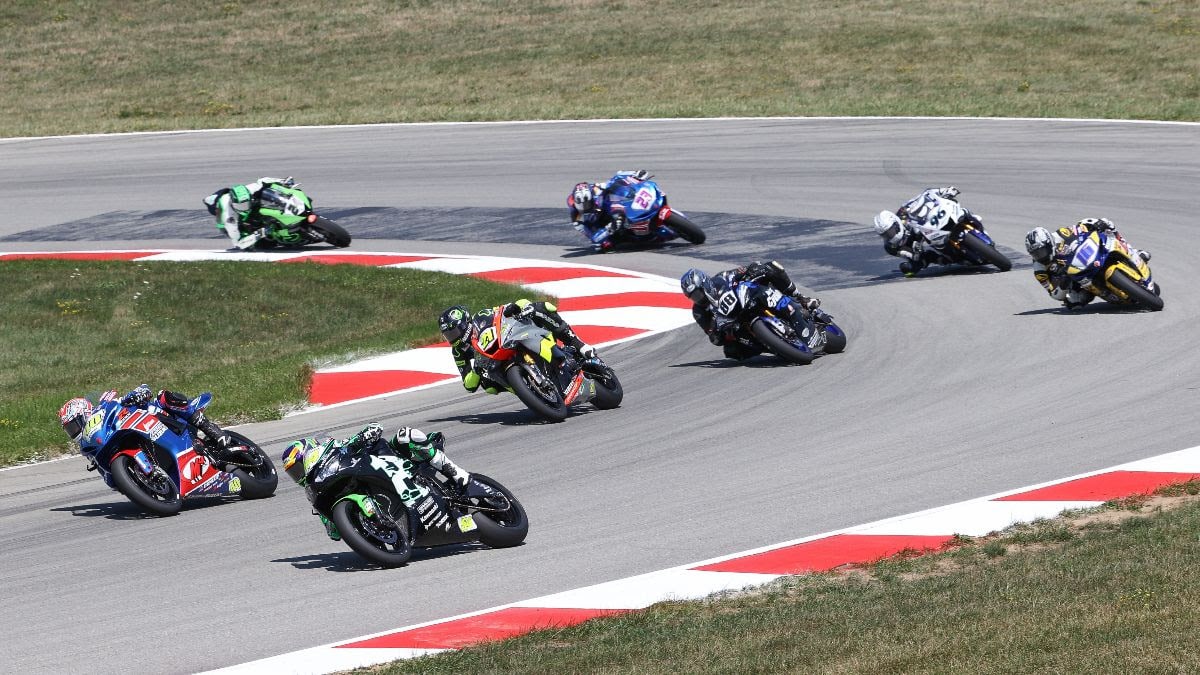 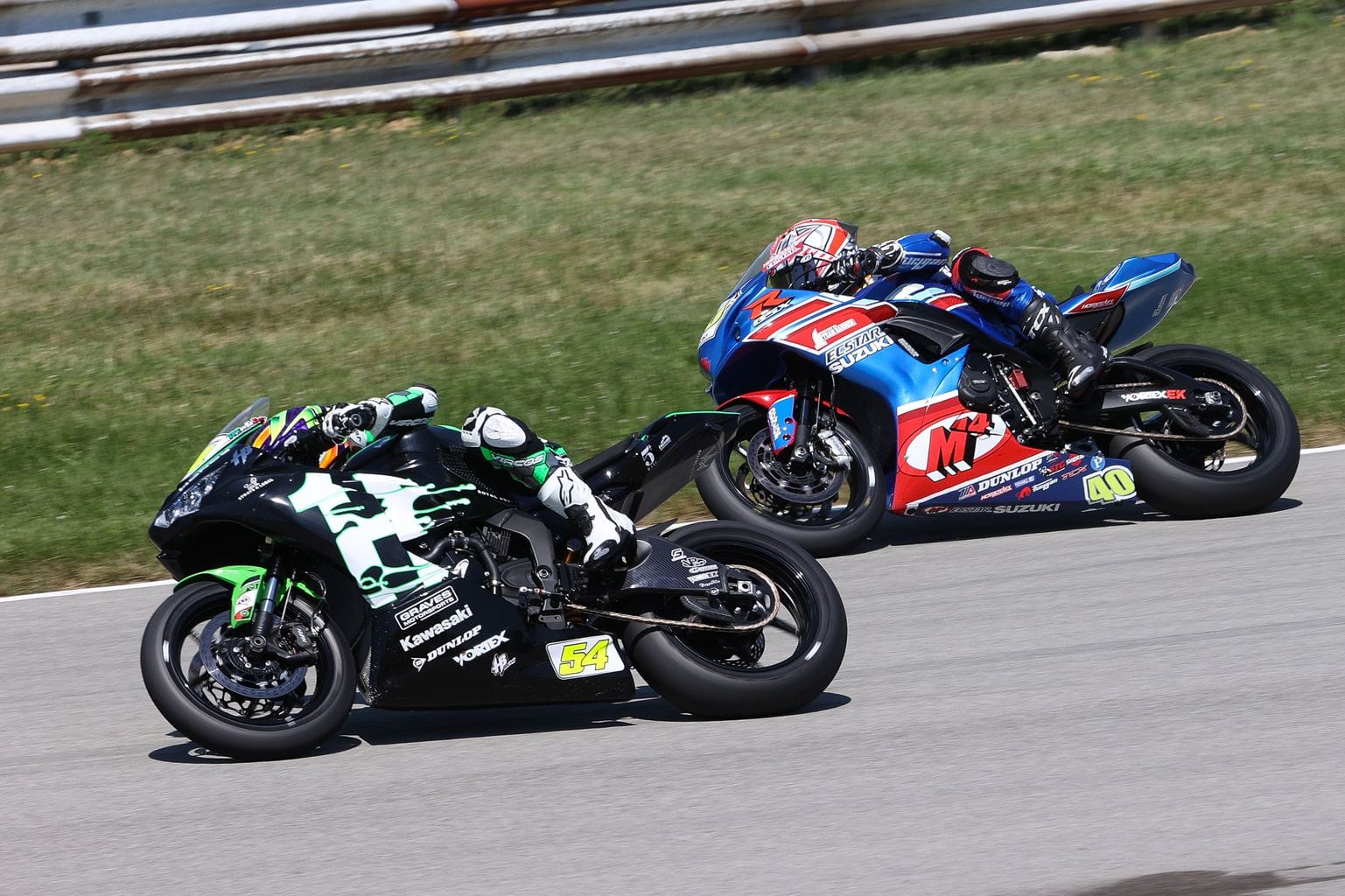 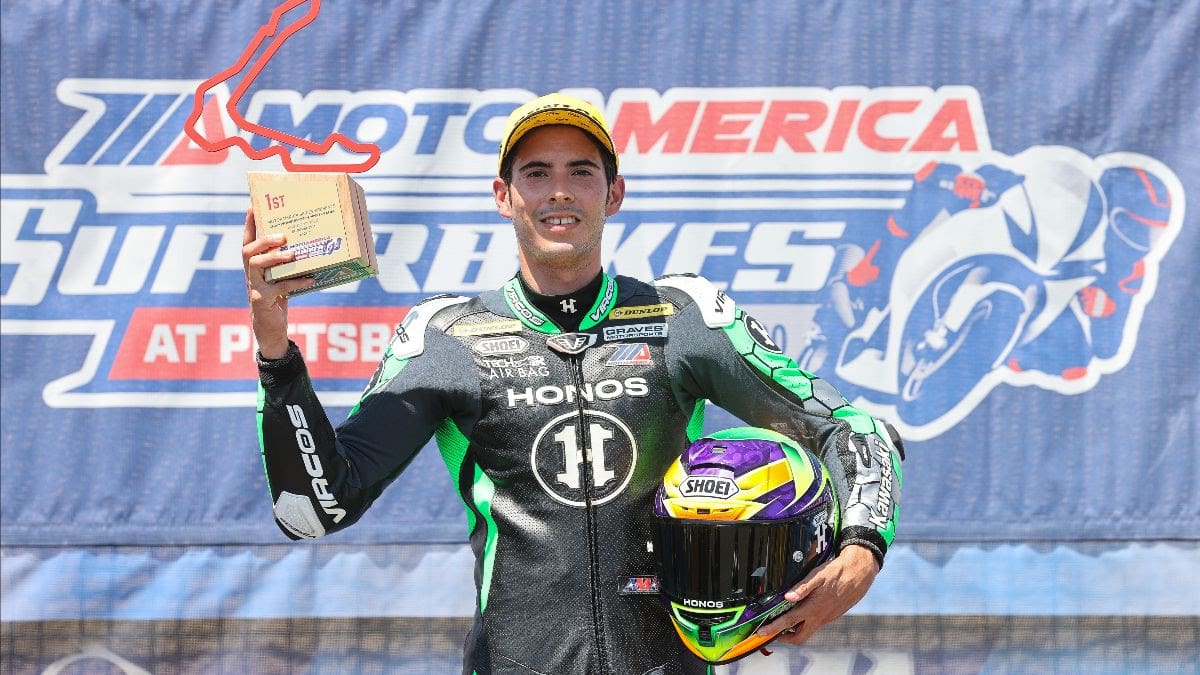 In Sunday’s Stock 1000 race two, Cameron Petersen, the rider with the most momentum this weekend at PittRace, did the double and won his second race in as many days aboard his Altus Motorsports Tucker Hagerty Suzuki. But it was far from easy for the South African, who faced a strong challenge from HVMC Racing Kawasaki rider Corey Alexander.

Petersen started from pole, and Weir Everywhere Racing BMW rider Travis Wyman slotted into second with Alexander in third. While Petersen set the pace, Alexander was able to pass Wyman and close the gap on the South African at the front. Alexander raced hard and managed to get around Petersen, but he ran wide and handed the lead right back to Petersen who held his advantage, albeit a narrow one, to the finish line.

Alexander finished second and was just .196 of a second behind Petersen. Wyman, who is recovering from an arm injury, faded towards the end of the race, but held on for the final spot on the podium, just under four seconds adrift of Alexander. “These guys were on my butt the whole race pressuring me,” Petersen stated after the race. “I just tried to do everything I could, just hit my marks and not make any mistakes. That was a hell of a race. I enjoy races like that.” We do too. 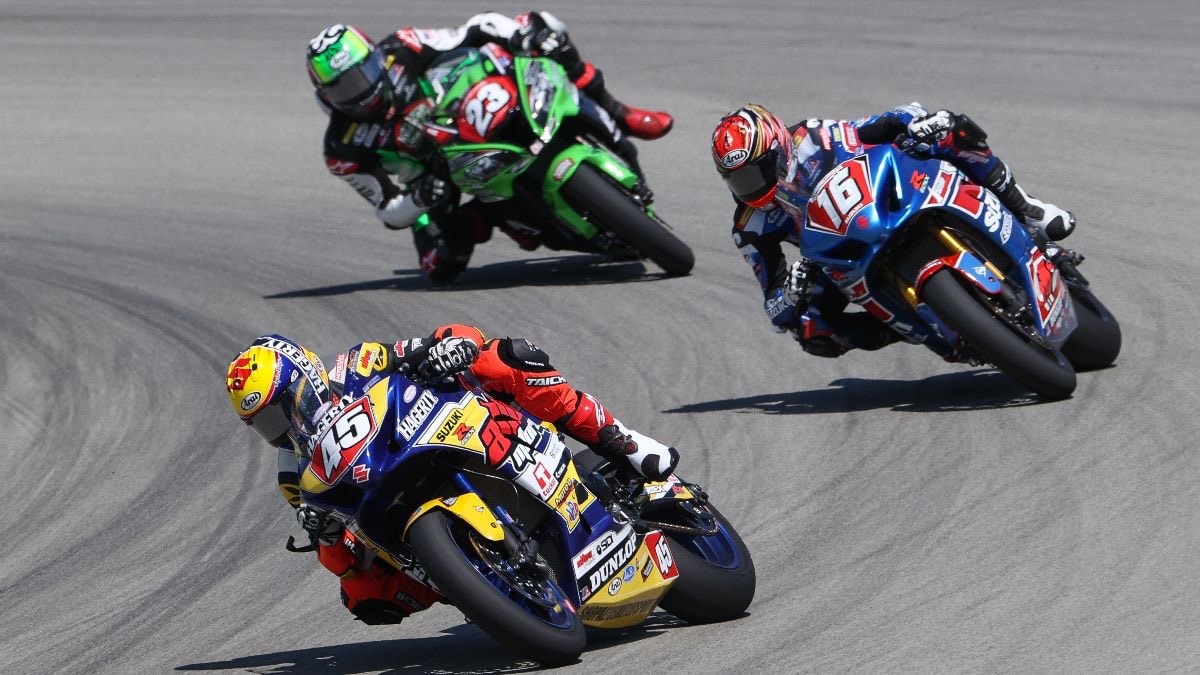 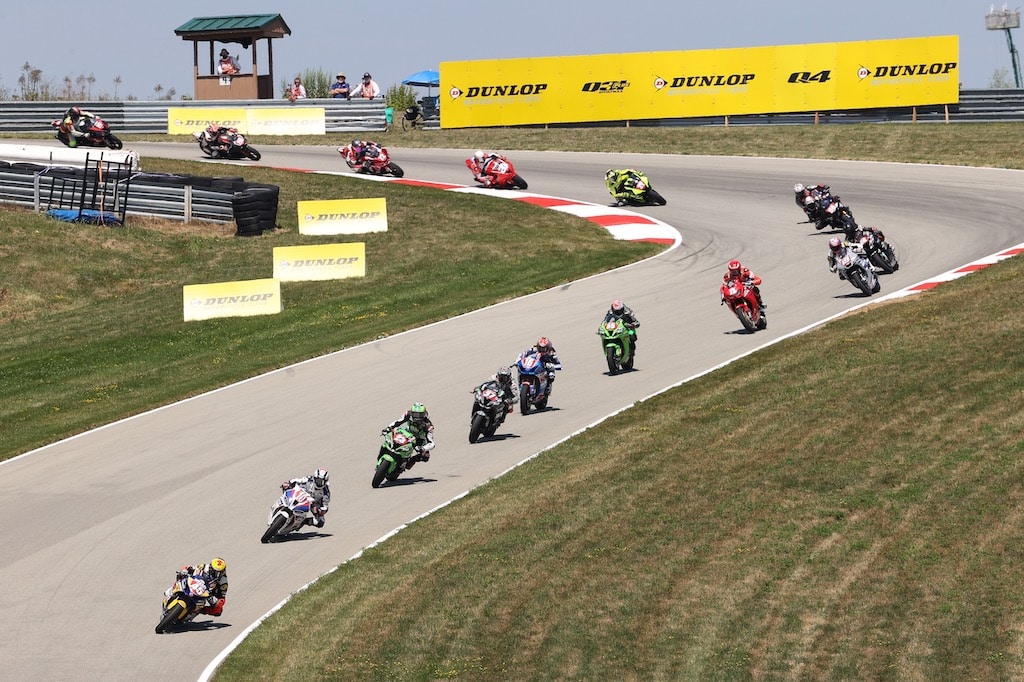 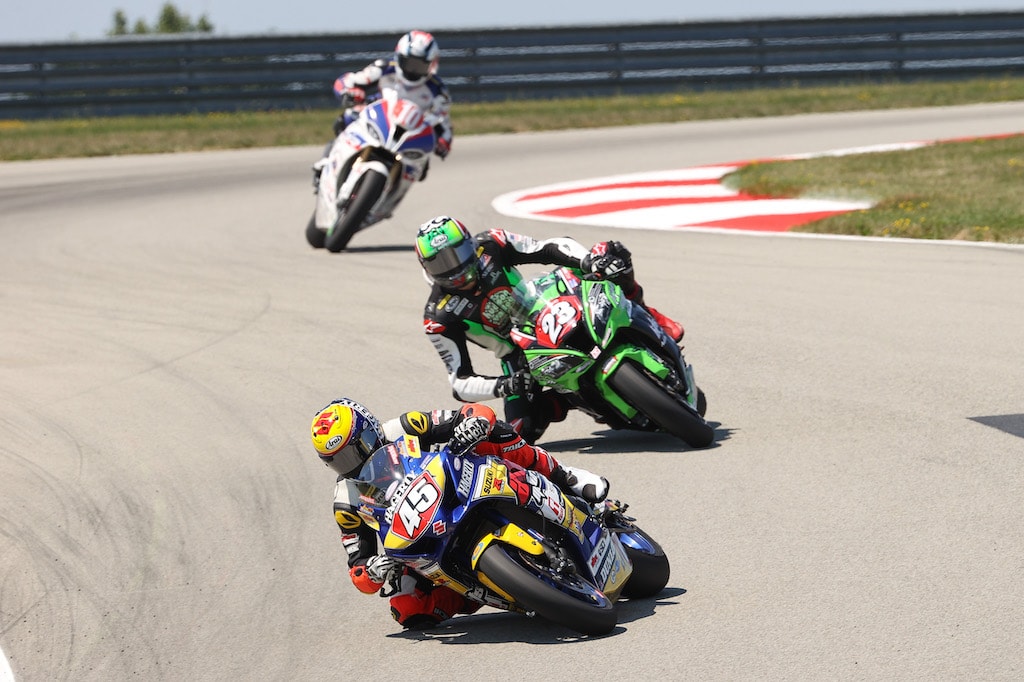 In Sunday’s Liqui Moly Junior Cup race two, which was red-flagged and cut short because of an incident involving Isaiah Burleson and Gus Rodio, defending class champion and Norton Motorsports/Ninja400R/Dr. Farr/Wonder CBD rider Rocco Landers carried on with his winning ways and grabbed his fifth race victory in a row. BARTCON Racing’s Dominic Doyle, who was slightly injured after Saturday’s race one multi-bike pileup, toughed it out on Sunday and finished second. Celtic HSBK Racing’s Samuel Lochoff, who finished second on Saturday, was third on Sunday.

The final race of the weekend was in the Twins Cup class, and Rocco Landers raced his SportbikeTrackGear.com Suzuki SV650 to victory, which capped off the 15-year-old’s third win of the event and second win of the day (Landers also won both Liqui Moly Junior Cup races on the weekend). Landers started from the pole and was never headed in the 11-lap contest, winning by a margin of over four seconds. Second place went to 1-833-CJKNOWS Accident & Injury Law Yamaha rider Kaleb De Keyrel who crossed the finish line more than 10 seconds ahead of Brittenum Construction/Hayden Schultz Racing Yamaha’s Hayden Schultz. 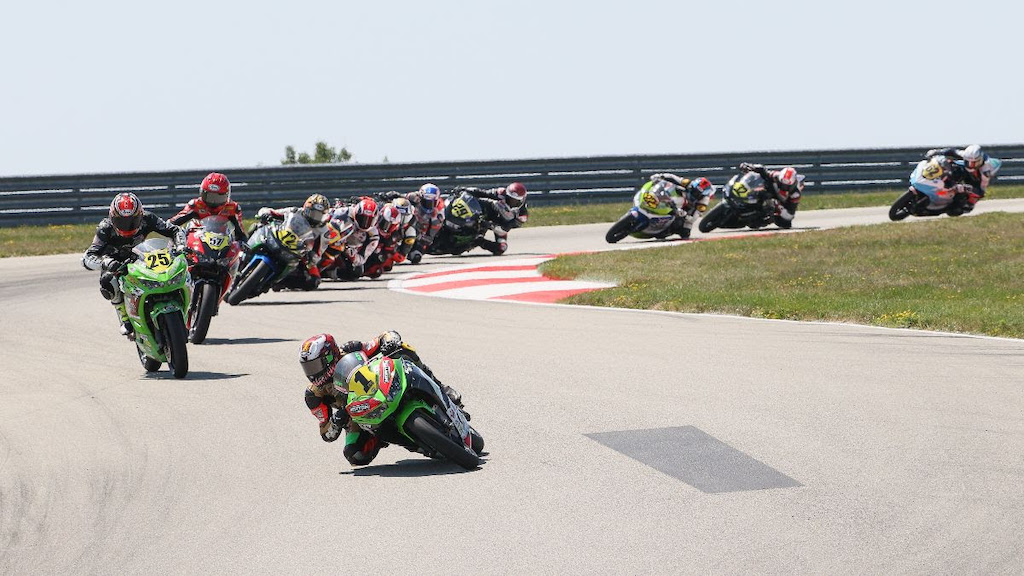 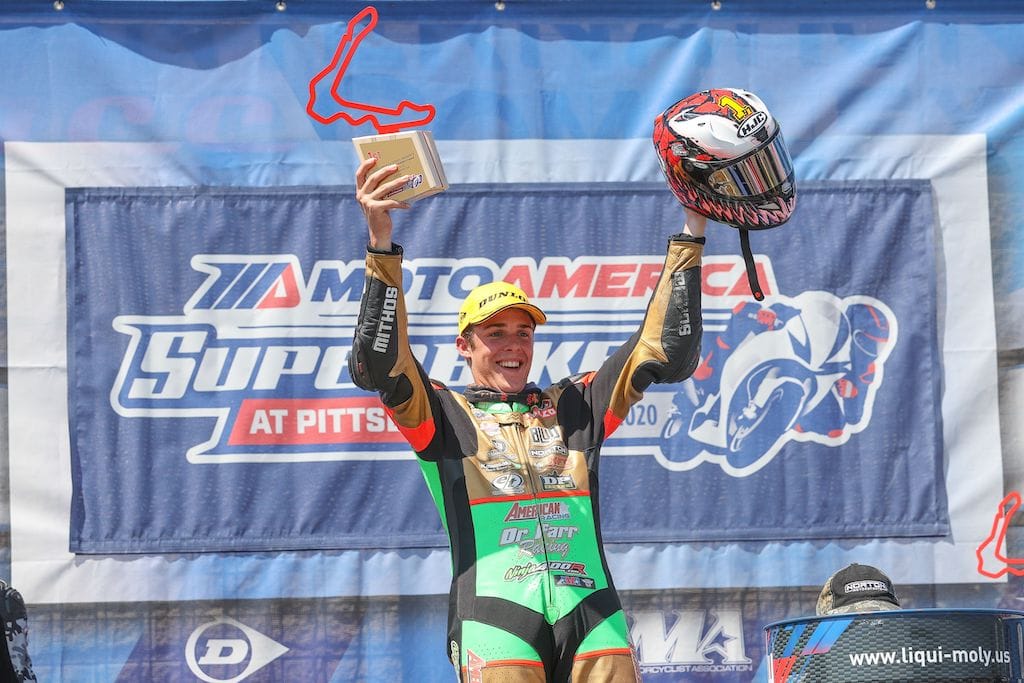 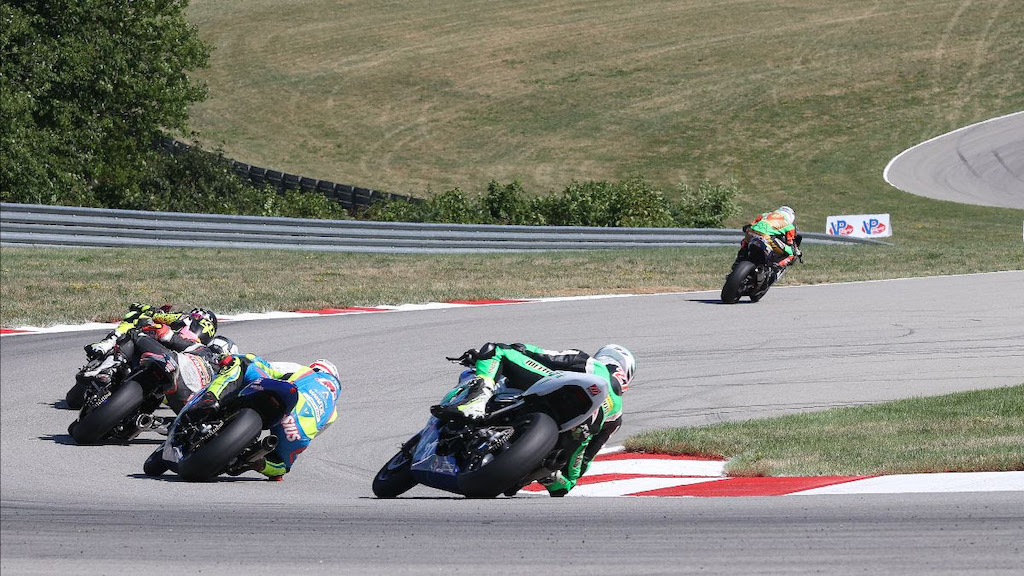 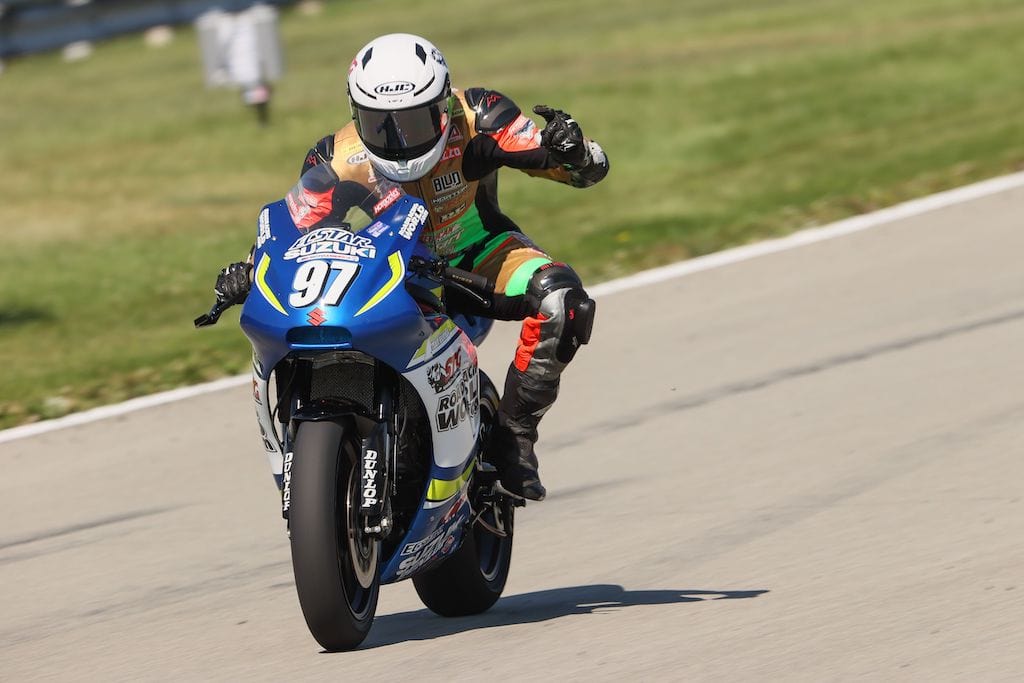 To purchase tickets for any of the upcoming race rounds, click HERE.

For info on how to watch the upcoming race rounds, click HERE. 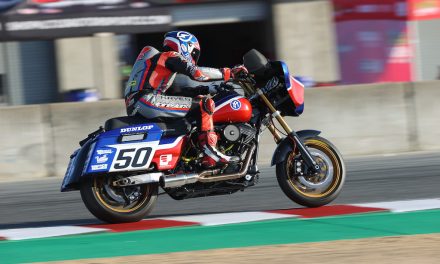 MotoAmerica, Harley-Davidson, and King of the Baggers 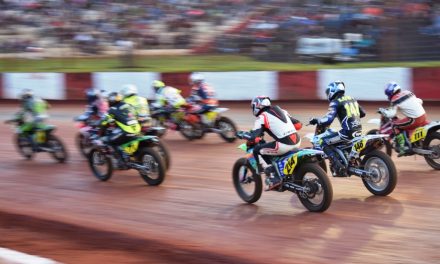 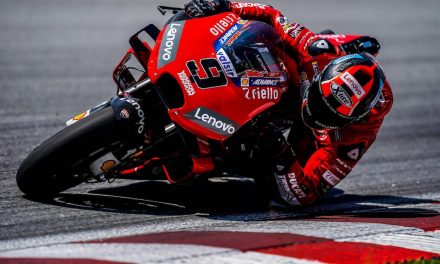 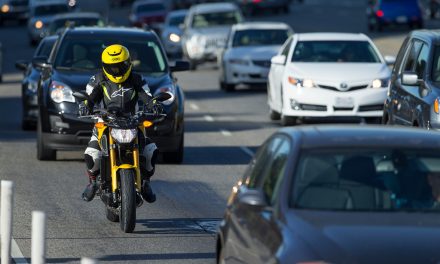