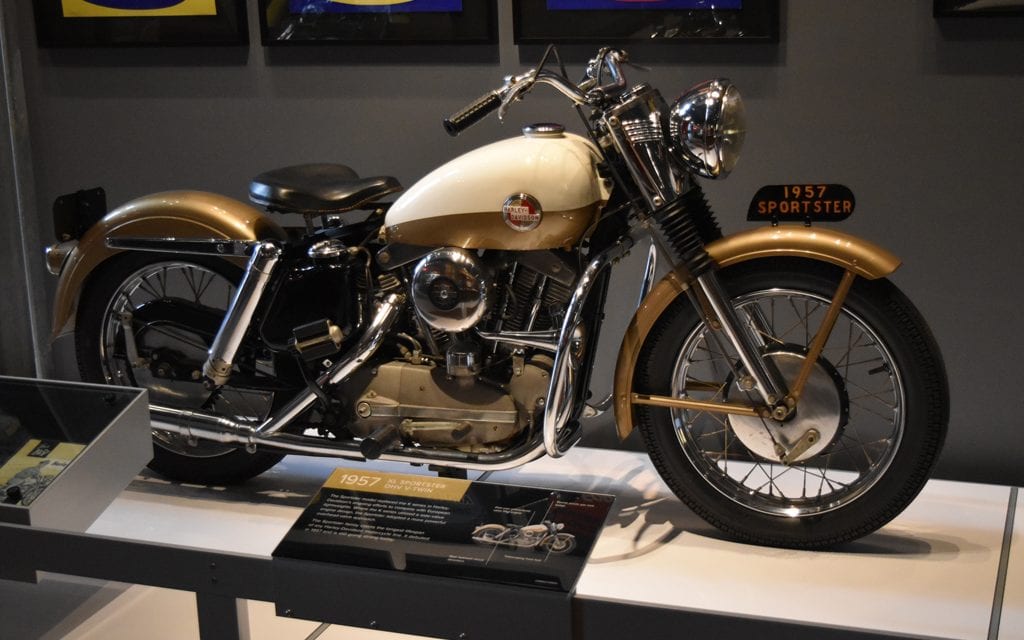 The Wistful Beguiling of Lost Motos

Iconic brands such as Triumph, Indian, Jawa, Norton and even Ariel have returned to the road, some after absences lasting longer than the company was in business. The comebacks are usually the effort of sources unrelated to the original company, buying the trademark from whomever has some claim on the brand lineage. Most recently, BSA plans a comeback focused on electric bikes, although reports indicate it may begin production with conventional fossil fuel-powered units. Anytime an old brand somehow rambles back to market, an angel gets his wings, or a biker gets his leathers, or whatever. In any event, there is joy and jubilation in bikerland.

Some revivals were not much more than a millionaire’s vanity project, a boutique builder rolling out a small and pricey batch of units, like they were making a fine whiskey rather than a machine made to hurl you into the wind. After much hype, free publicity, possibly the sale of some T-shirts and reproduction memorabilia, some never get off the production line, or whatever passes for one. Some were outright frauds, taking advance orders or selling shares without creating anything more than a single prototype or wooden mockup. Others were serious, well-funded attempts at resurrecting a beloved brand.

In the early years of the 20th century, there were scores of different motorcycle marques. Pretty much anyone who could shoehorn a motor into a bicycle frame slapped a nameplate on the contraption and called it a motor-cycle. Prior to Henry Ford’s motorcycle-killing Model T, it was relatively cheap transportation for those who could not afford cars, which was almost anyone not named Rockefeller. 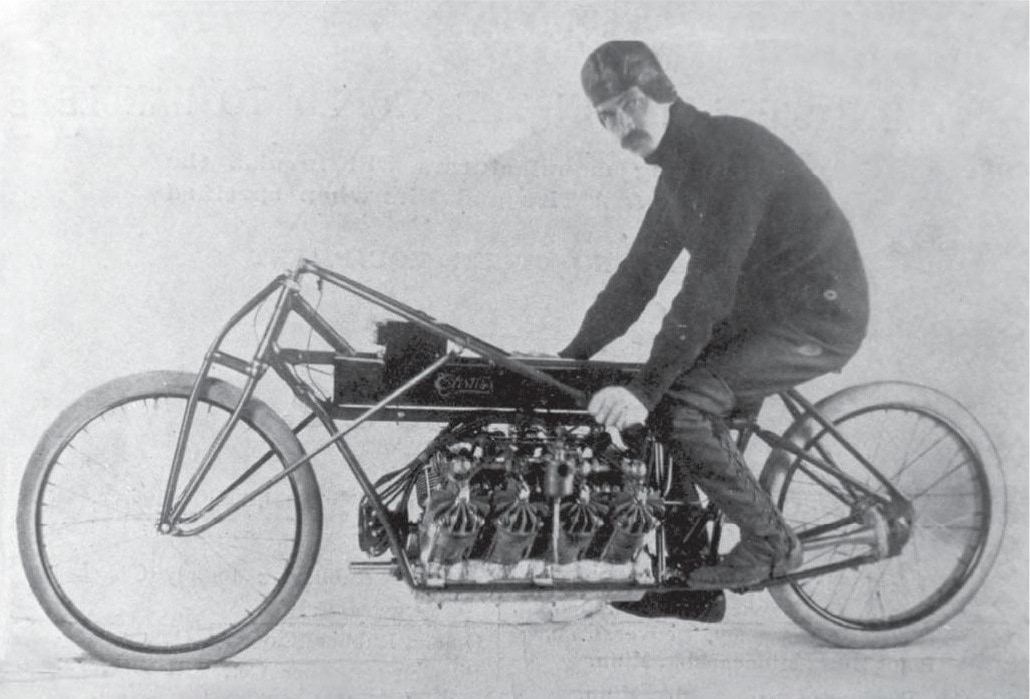 The Glenn Curtiss V-8 beast, hand-built by Curtiss himself in Ormond Beach, Florida, 1907.

By some count, more than 100 US makers were cobbling together cantankerous Singles, Twins, oddball inline Fours, perhaps a Triple or two—all free to chuff down crude roads, hoping to find gas, oil or beer. While we may think hulking motorcycle motors as modern technological innovations, direct your attention to one Glenn Curtiss, aviation pioneer and builder of the monster 269 cubic-inch (4410cc) Curtiss V-8, built for speed and topping 136 mph, a land record in 1907, even though that massive motor only made 40 hp. The bike weighed all of 250 lbs. wet and featured a shaft final drive. Boss Hoss has nothing on Curtiss.

Some early brands are still around, such as Harley-Davidson and Indian, of course, although the latter has gone through a few hand changes since the original company’s demise in 1953, some of which were, shall we say, of questionable legality, and in at least one spectacular instance, involved alleged conniving, fraud, general dirty dealing and even murder. But the Indian Motorcycle (no “s,” just to be different) story is a dramatic tale for another time and a fresh bottle of inspiration. 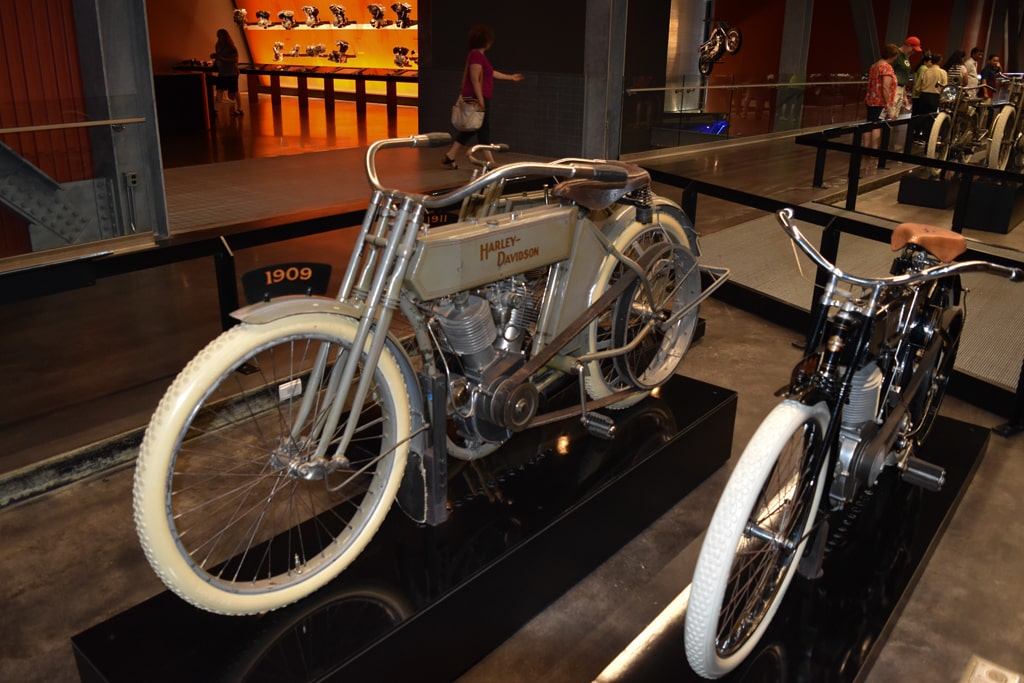 So for around the same money one could buy a car, and a dependable one in the Model T at that. For those who needed the people and cargo space, it was an easy decision, as aghast as we of the motorcycle community may be today. I suspect as long as there have been bikes, there has been a biker culture, albeit in its infancy pre-World War I. The lifestyle had not quite formed shape yet, although riders were likely already developing a gritty, elements-defying, if aviator-based style, look and attitude. Nothing cuts through the atmosphere like thick leather and wool, no matter the elevation.

World War I material shortages, and Ford, killed off many manufacturers; the Depression nearly finished the job. So convinced the Great Depression would drag on years longer than it did, and seeing the end of motorcycling for all practical purposes due to cheaper automobiles, Excelsior-Henderson simply closed up shop and liquidated assets, even though it had a healthy pile of backorders. The “Indian Wars” began in earnest during World War II when Harley and Indian competed intensely for government contracts. Harley-Davidson won, although some thought they allegedly cheated by building a war bike bigger than military specs asked for, thus outperforming the spec-built Indian. Regardless, Indian floundered after that, shutting it’s Springfield, MA doors just eight years after WW II. 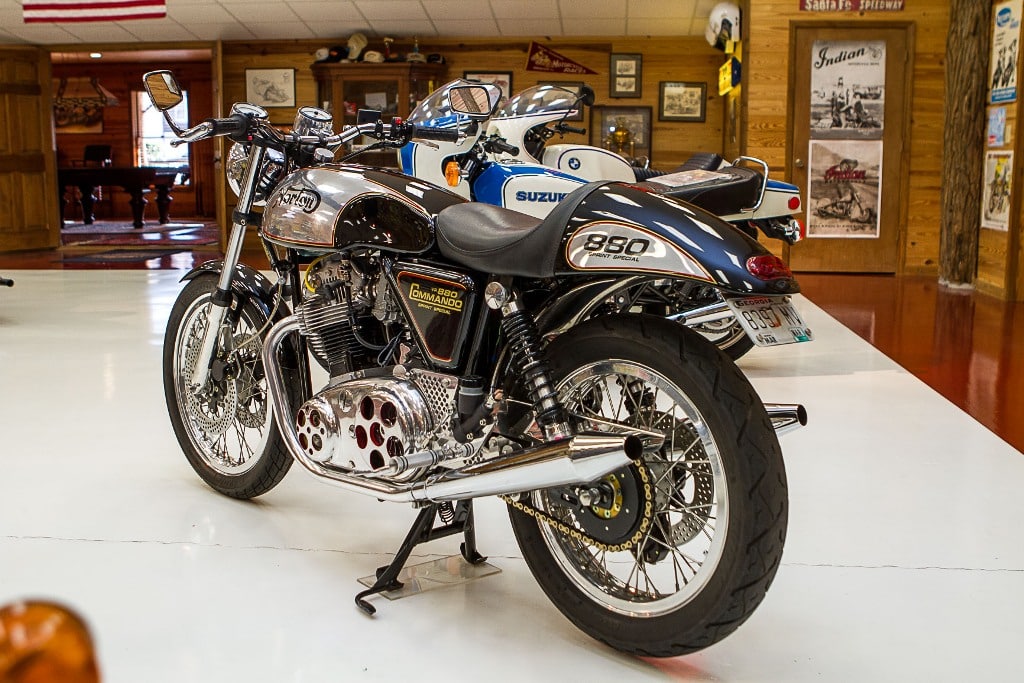 Most models from all of these brands would grace any serious collector’s garage, or in my case, bedroom. But why? How does this pull from history draw us in and drive us mad, spend all our money and barter our children just so we can get close to a leaky, fitful pile of rust and bolts?

Nostalgia is powerful, if deceitful, but no one can definitely say why. Maybe it’s something to do with wanting to drive or ride the vehicle your dad or grandpa or ma did, a romantic and sentimental notion of simpler, happier, perhaps more artful times, even if, as my mother would say, “The good old days were not so good.”

Some makes or models represent mechanical innovation, or just by their sheer, brazen size and speed oozed adventure and freedom; others capture an era’s design cues, from early industrial to art deco and the new Rocket Age excesses (i.e., giant grilles and tailfins) of the 1950s. These things connect us to our past in all its bygone style, perceived authenticity and zeitgeist. My theory is if you want to market something, focus on what your target age group was playing with when they were 10, or what their parents were driving. Everyone wants to go back and try to recapture some of that carefree, if mostly imagined, joy and contentment. There is comfort in that, even if the reality was more about stubborn and spiteful jalopies and bleeding knuckles. 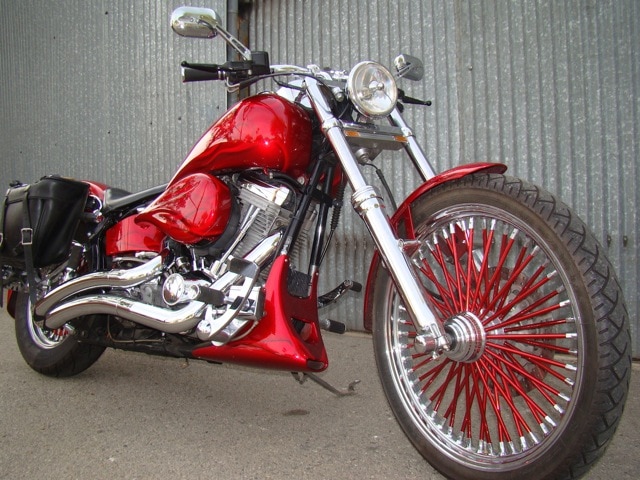 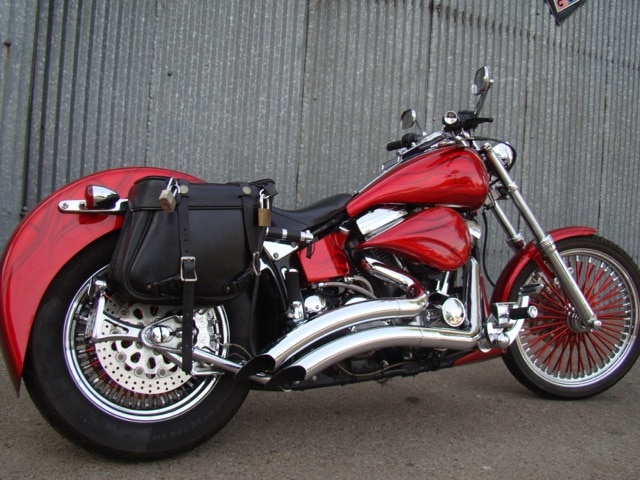 This likely was not always the case. There was a time when junk was junk, and not “collectable.” “It’s not hoarding, it’s collecting,” is the battle cry of yard sale, thrift store, antique shop and online vintage and classic listing mavens. Some consider this a noble endeavor—recycling or preserving the past, which is fine and nice, but I just call it having cool stuff.

In our modern disposable society, it’s good to remember when we did all we could to keep that bike or car running and away from the dreadful claws of the crusher. I cringe at photos of early 1970s junkyard crushers, squeezing the soul out of some beautiful, innocent ‘50s or ‘60s American car, its muscular iron V-8 or Space Age tailfins no match for the grasp of heartless progress. Didn’t they know how historic these vehicles were, how restorable they are?! They were always more than steel and iron, rubber and chrome; they were alive, members of the family, a rolling mental scrapbook of memories and feelings. When we see one make it back from oblivion, like Indian or hopefully BSA, the past is reconnected to our souls and we are happy again. Until it breaks down on a lonesome road or leaks oil all over your rug.

What’s your thoughts on the brand nostalgia craze? Let us know in the comments below. 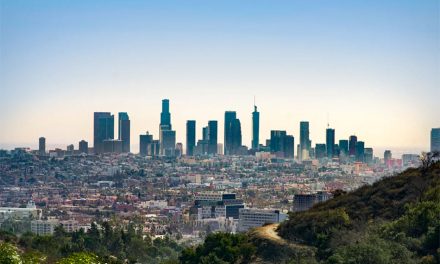 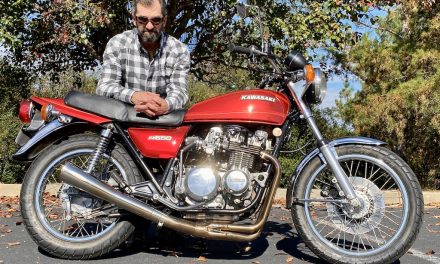 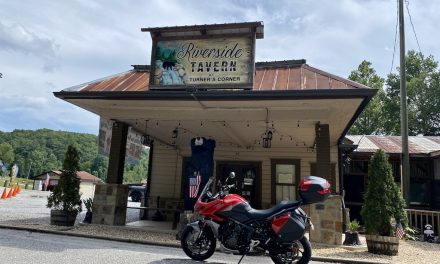 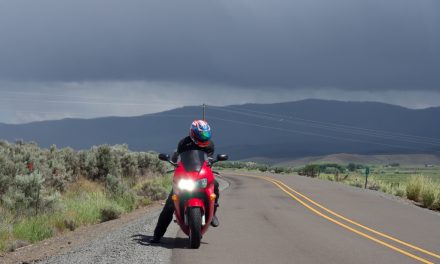