Fabrizio is living the dream. Literally.

Fabrizio Uberti-Bona came to America in 1999, with as he states it, “$300 and a dream.” He’s fulfilling that dream, every day. A husband and father, successful businessman in New York City, with a home in the sunshine of Gulf coastal Florida, Fabrizio has also ridden around and across the continental United States via motorcycle, seeing wonders and meeting people many of us born here have yet to enjoy ourselves.

We first discovered Fabrizio‘s unique story through one of our contacts at Triumph North America. Gina from Triumph emailed me saying, “We’ve met a guy from Italy living here now, with a pretty cool story about riding a Rocket 3R across the American west, and thought you might be interested.” We were indeed, and reached out to Fabrizio to connect with him. And what a story we found.

His is a true American tale: Immigrant comes to America, starts a new life, builds a home, a family and a career, and travels the country on motorcycle. We were intrigued by this Italian-born adventurer, who came to the States and rides a British motorcycle across the continent. 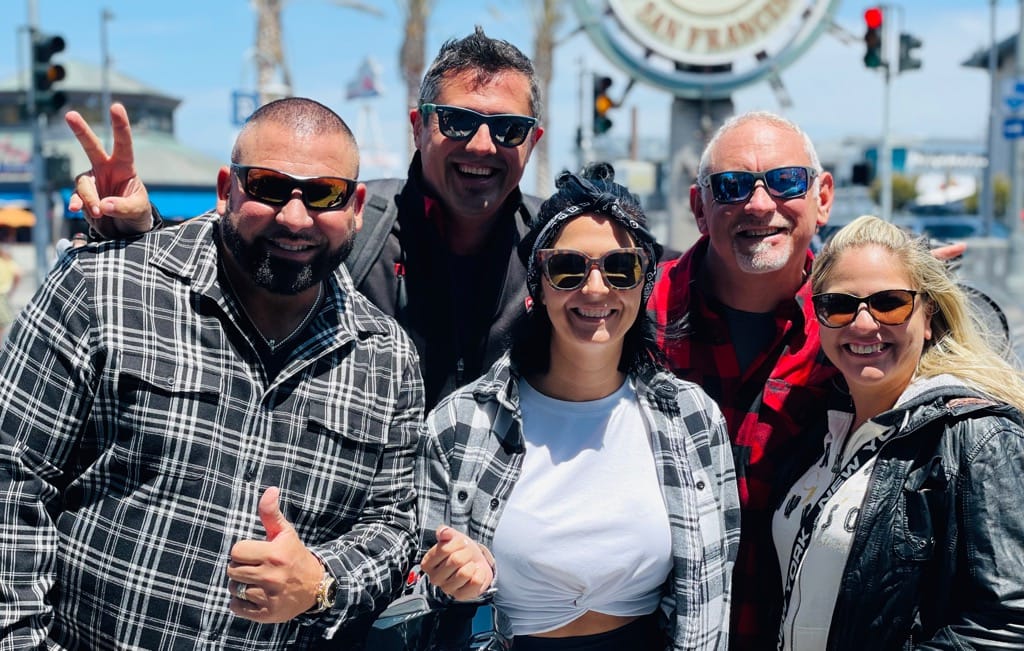 Fabrizio (back center) and a few of his riding friends.

Fabrizio’s story begins in Biella, Piedmont, in the southern Alps of northwest Italy. Amidst the old world charm of this ancient city, Fabrizio developed a love for the outdoors, with abundant hiking, skiing, year-round sports, and motorcycling the amazing roads. The thrill of two-wheeled speed and mountain carving became his passion, and Fabrizio owned and rode all kinds of motorbikes across not only his homeland, but much of central Europe. He eventually took his thirst for speed to the track, and has piloted numerous powerful sport bikes around some of the great tracks here in America.

Back in the early 90’s, Fabrizio left his native Italy to work and travel the world. He lived in Switzerland for a time, then France, England and Spain, while his travels took him across much of the rest of Europe. By 1999 Fabrizio flew to New York for a job offer, quite literally with $300 in his pocket, and settled in Brooklyn for the next 20 years. He’d found a home in the land of “E Pluribus Unum”, and decided to stay. In his words, “I never intended to settle here. I came to the U.S. because I had an opportunity, a company sponsored me in Manhattan. Everything just clicked, two years became four, four became eight, and next thing I knew, I had a career. It’s been great!” Years became decades, and Fabrizio married, became a father, and bought a beach home for his family to Sarasota, Florida.

Since Fabrizio was a young teen, he’s always had a love for motorcycles, particularly fast ones. His first powered cycle was a moped at 14, which he modified to hit 50 mph, followed by a scooter he tricked out to top 110 mph, and by 20 bought his first full-bred motorcycle, a Ducati Monster Black edition. He also had his first crash on that bike, spending over a month in the hospital recovering from injuries. Within a couple of years, Fabrizio was back on a motorcycle, this time a Honda Hornet. When he moved to New York, he bought a Triumph Speed Triple 1050, which he soon kitted out for the track. His dream bike was the red Ducati 1098, which he bought after riding a Duc 848 for a time. 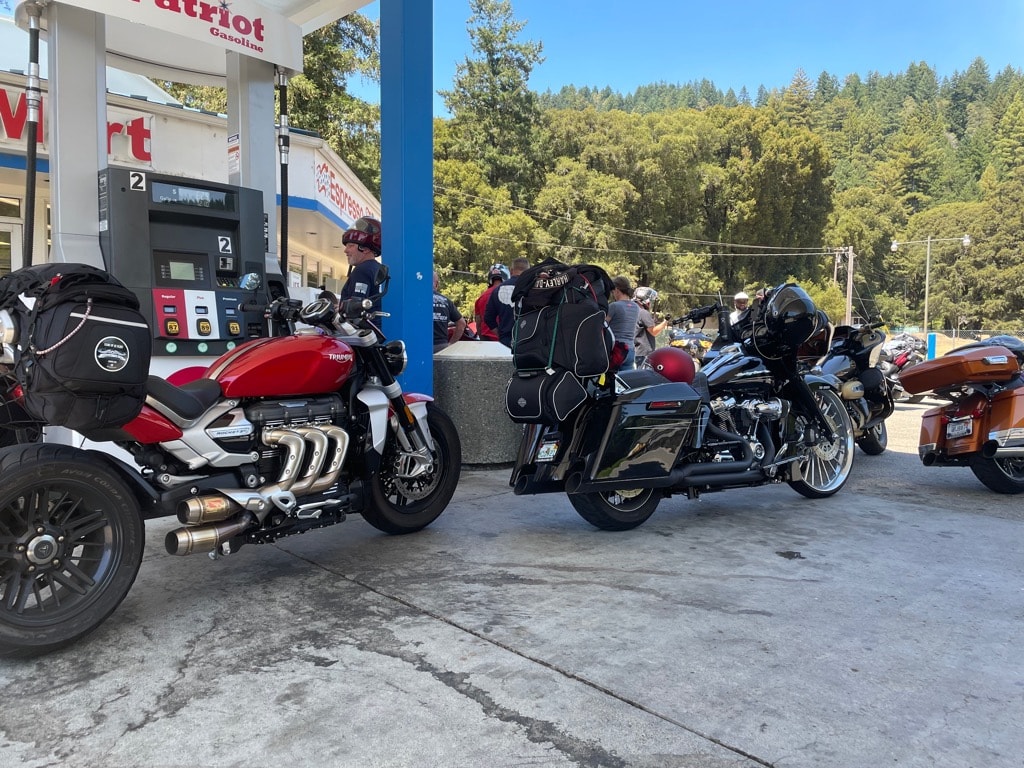 A rocket among hogs.

Fabrizio loved the track day life, riding his Ducati to regional tracks, making friends and gaining a reputation for his “come as you are, ride what you brought” attitude. As he told us, “I’d ride out of the city, arrive in my race leathers, a beach chair strapped across my back, and ride that 1098 for a day on the track, then ride it back to New York.” Soon, Fabrizio wanted a bike more comfortable and appropriate to regular street riding, and his local dealership encouraged him to test ride a Ducati Diavel, which blew his mind with its comfortable ergonomics and incredible power. He would go on to own four of them, trading in for the new model each year, ultimately riding the Diavel 1260 S, his favorite.

Fabrizio has always loved to road trip on motorcycles as well, and has ridden across America seeing many of the great sights and locales our land is so full of. While at Sturgis a couple of years ago, a friend showed him a photo of the all-new Triumph Rocket 3R, and Fabrizio was fascinated by it. “Reminded me of the Speed Triple, only so much more,” he stated. It also was twice the engine and twice the torque of his Diavel. He test rode one, loved it, and bought it, a beautiful red 3R. Not content to keep it stock, Fabrizio modified the exhaust, added some accessories for longer travel, and began road tripping on his Rocket 3R. 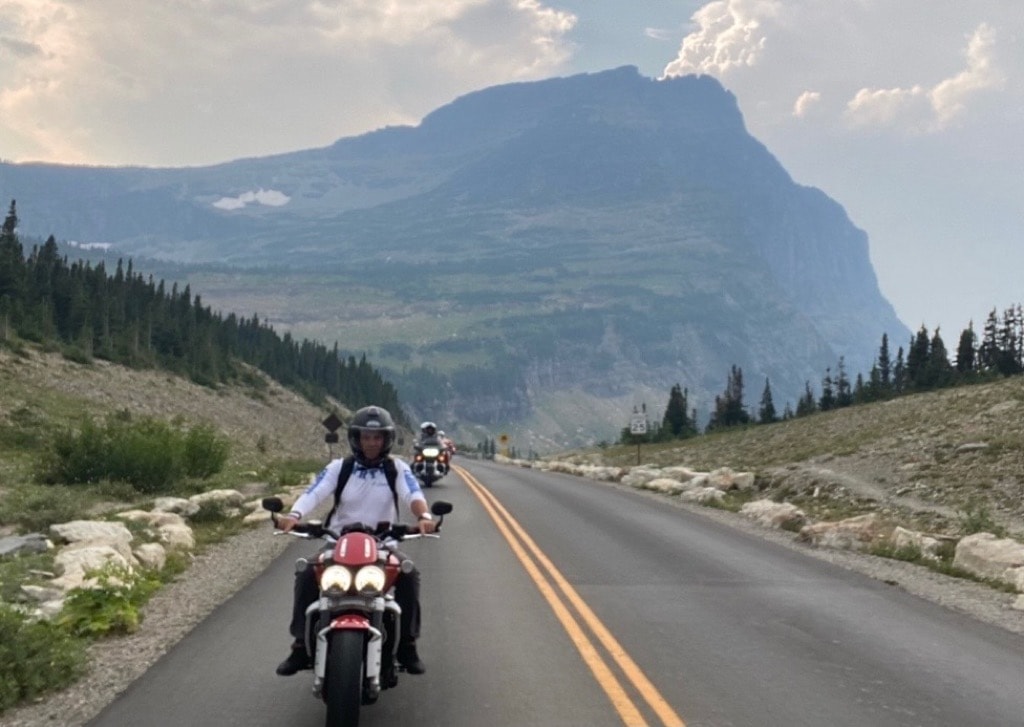 His travels across America led hm to join a group of riders called “Bikers Against Bullies” who hold an annual cross-country ride to the Sturgis Motorcycle Rally, raising awareness and funds for their national campaign. Two years ago Fabrizio, along with several friends, decided to plan alternative routes, foregoing interstates for country and back roads, and mapped out an 8-day excursion. They left out of Gulf coastal Florida, rode north through Nashville, the Ozarks, Arkansas, Oklahoma, “all on side roads,” He says. They rode to and through New Mexico, up through Colorado to the top of Pikes Peak, with the only “highway” they took being the famed “Million Dollar Highway.”

This year, riding his Rocket 3R, the Bikers Against Bullies ride left out of San Fransisco, so Fabrizio shipped his bike to San Fran to make the official BAB ride to Sturgis. The ride consisted of about 70 riders and traveled due north, through Oregon, Washington, Idaho, and Montana, taking in dozens of national and state parks along the route. Having enjoyed the Black Hills Motorcycle Rally a few times, Fabrizio and several riders decided to split from the Sturgis-bound ride and swing south toward Yellowstone National Park. “The bison, the geysers, the wide-open rolling landscape, just amazing,” he reflected. They continued on to Salt Lake City before Fabrizio shipped his bike back to Sarasota and caught a flight home, having ridden his Rocket 3R over 3500 miles in ten days, across some of the most breathtaking landscapes in North America.

“So many of the towns we stayed in were made up of only a hotel, a gas station and a convenience store,” he mused, “No cell service often, so we couldn’t bury our noses in our phones. It was so refreshing, and the people we met were just wonderful to us.” This year the whole trip and its participants, both Fabrizio and his mates as well as the contingent that rode to Sturgis, collectively raised over $171K for the foundation. A worthy endeavor, and an epic ride. 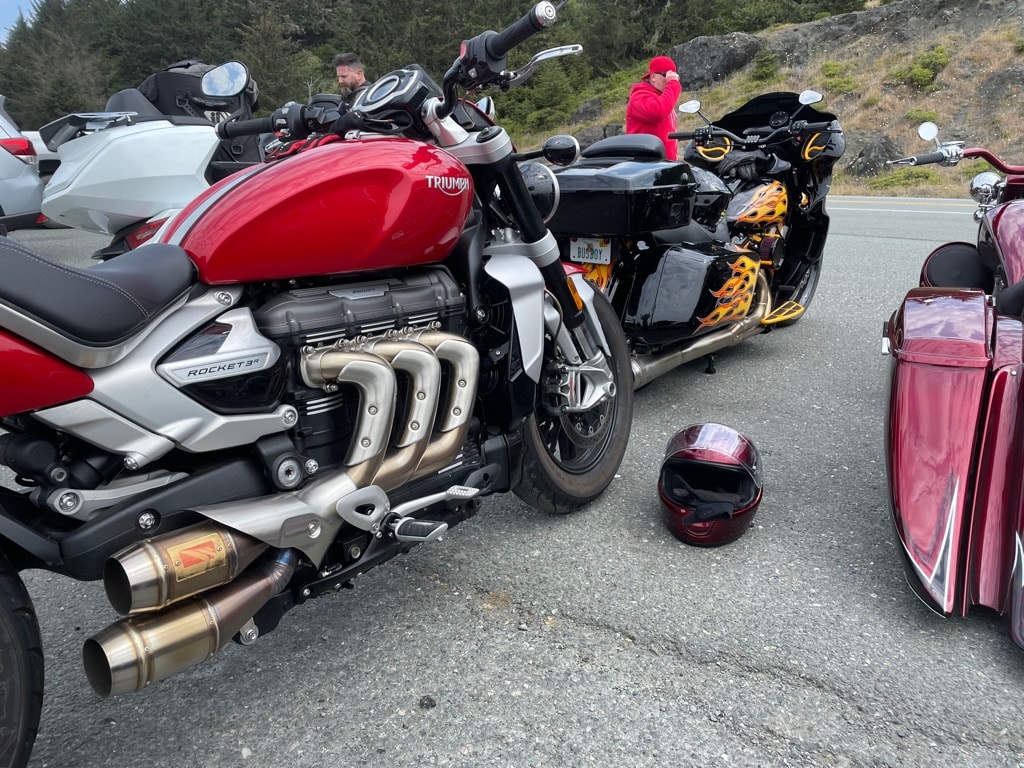 We’re digging those trumpets on the Triumph. Making a Rocket roar.

Fabrizio related to me how much he enjoyed doing the trip on the Rocket 3R as well. “I wish my bike had the forward pegs of the GT model, as I’m 6’3”, but other than that, I was very comfortable on the bike the whole time,” he said. He had to get creative with luggage, purchasing the Triumph GT sissy bar setup, and was able to strap and bungee a motorcycle travel bag to the rear pillion and backrest. He said the OEM bags Triumph offers for the bike are too small for longer road trips. The official BAB ride had a chase vehicle accompanying the entourage, so he was able to stash his gear with them until his crew peeled off and headed south. “The throttle response, the handling, the comfort, I love everything about this bike,” he quipped. 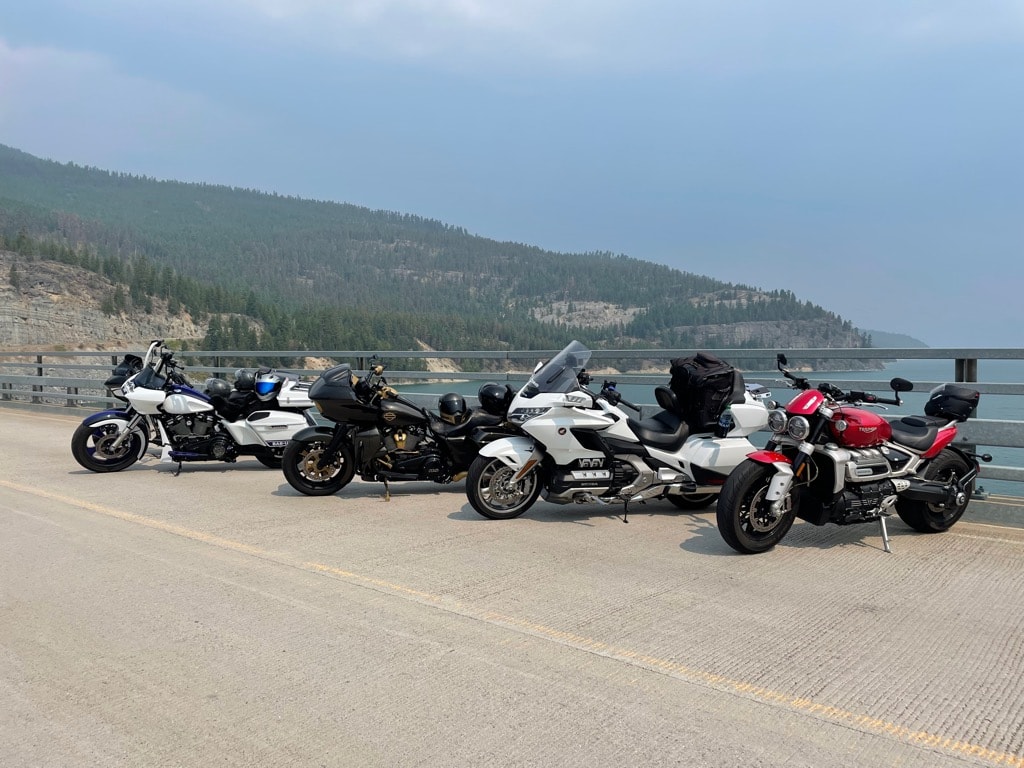 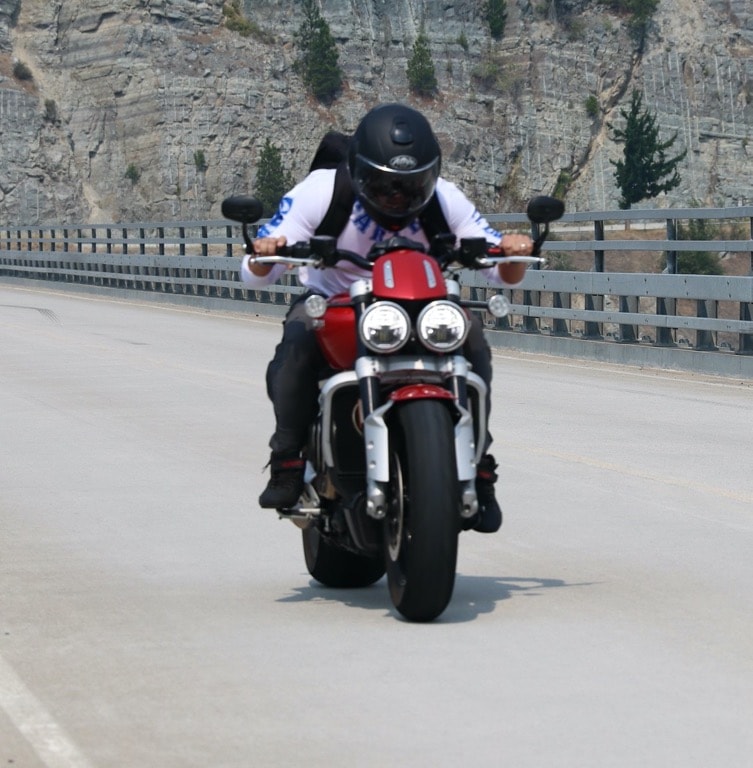 A nice line of iron, and Fabrizio throttling across a bridge. He challenged anyone to a race across the span. No takers.

Next year, Fabrizio and the Bikers Against Bullying ride will leave out of Nashville, and he plans to ride the distance on the Rocket 3R. “I’ll have to figure out something more for the luggage situation, but I’ve got a year, so I’ll find a way,” he stated. In the meantime, he’ll be rocketing (pun intended) around central Florida whenever he has opportunity, across the Southern states, and if we have a chance to catch up with him (literally, he rides fast), we’ll chime in and share some photos with our Road Dirt family.

In the meantime, look him up on social media. We think you’ll enjoy his adventures as much as we do.

*Check out the full video interview below, without ever leaving this page: 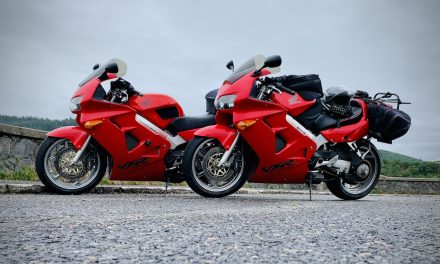 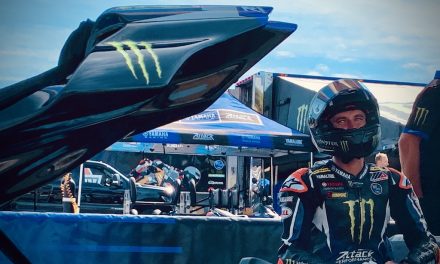 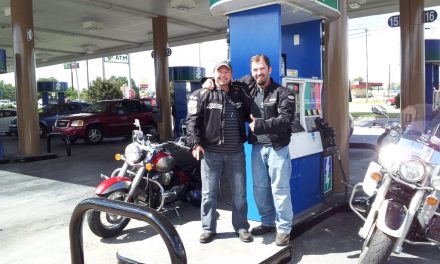 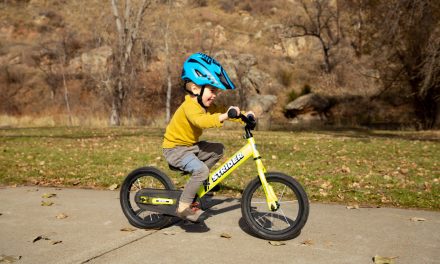