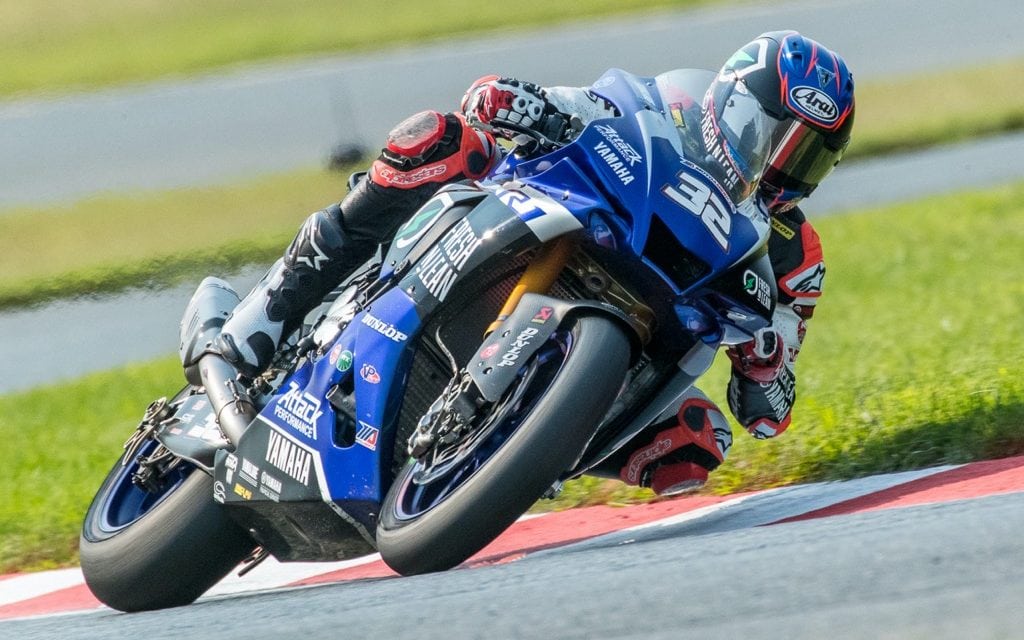 A record-setting weekend for Jake Gagne in New Jersey

Jake Gagne wrapped up the 2021 MotoAmerica Superbike Championship across a record-setting weekend at New Jersey Motorsports Park, the Californian winning his 16th race of the season to match the record held jointly by Josh Hayes and Cameron Beaubier for Superbike wins in a single season, while also tying three-time 500cc World Champion Wayne Rainey’s mark for career AMA Superbike victories.

Fresh N’ Lean Attack Performance Yamaha’s Gagne won both HONOS Superbike races at NJMP on Sunday after winning the lone race on Saturday in MotoAmerica’s Superbike tripleheader. The two Sunday wins were his 15th and 16th on the season (those are also his career win marks in the class) and the first victory on Sunday morning is the one that earned him the 2021 MotoAmerica Superbike crown. Gagne has been unbeatable since his blown engine in race 1 at Road Atlanta.

“Even on the bad years, I’m racing motorcycles,” Gagne said of the many seasons of racing that eventually led to this Superbike title. “It’s what I love to do. It’s fun. It’s sure a lot more fun when we’ve got a winning motorcycle, a winning team, and we can manage to get some wins. It’s been an incredible year. I wouldn’t have thought going in that we would be (now 16) wins deep. It’s pretty surreal. Again, hats off to this team because the guys are working so hard, and the bike has been super, super dialed in. We keep trying to go faster. These guys are always chasing us down and we’ve got no choice but to keep trying to go. But it’s amazing.” 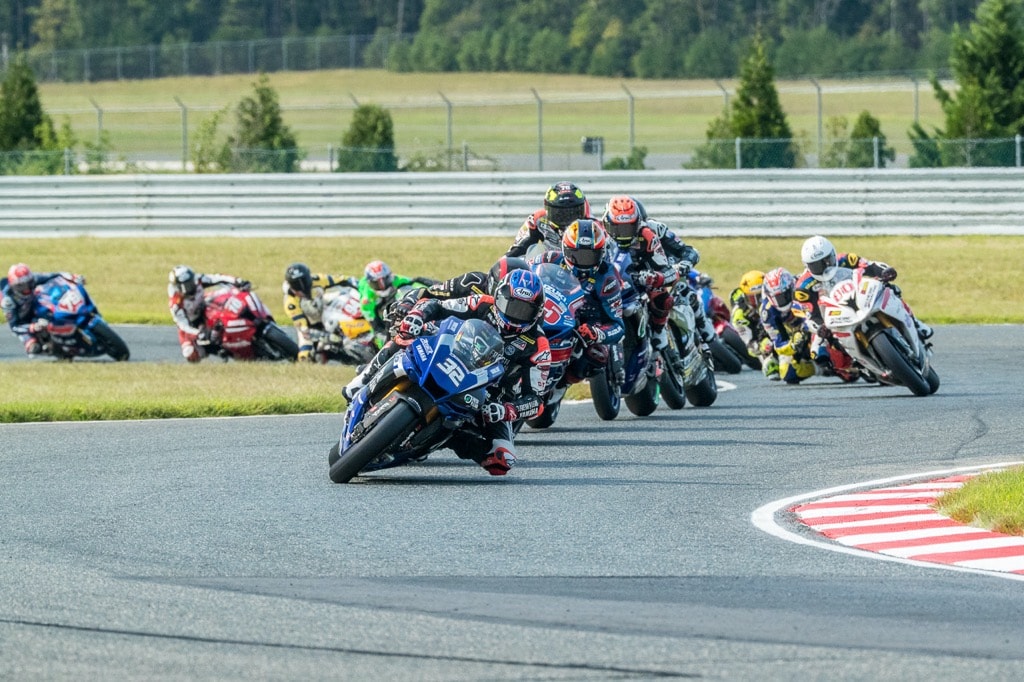 Jake Gagne leading the field, as he has all season. Photo by Tim Lester Images.

As he has done almost all season long, Gagne dominated all three races of the weekend en route to clinching the season championship. Gagne has now led 273 consecutive laps in the 2021 season.

The two Superbike podiums on Sunday were identical with Gagne leading Westby Racing’s Mathew Scholtz and Fresh N’ Lean Attack Performance Yamaha’s Josh Herrin in both. Gagne and the Yamahas dominated the podium in all three weekend races, the only difference being Toni Elias taking third in Saturday’s race astride another of the Fresh N’ Lean Attack Performance bikes.

As for tying MotoAmerica President Wayne Rainey with his 16th career AMA Superbike victory, Gagne said, “I actually talked to him. I saw him in the bathroom right before race two and he mentioned he had 16. He wishes me the best… It’s been an amazing weekend, really. Getting the championship, that’s a dream come true. I still can’t really believe that we got 16 wins in a row. It’s pretty unbelievable. But all I do is go out there and ride as hard as I can every lap and every race. This bike is the bike to beat. Hats off to these Yamahas. It’s great. We got a Yamaha sweep here in New Jersey. These things were rolling really good. So, hats off to Attack Yamaha and all the boys and Mat (Scholtz) and Josh (Herrin) and Toni (Elias), everybody. We only have a couple days to go before we’re back on track (for Barber), so we’re going to be just focusing on that all week and then maybe after that we’ll relax a little bit. But I know these boys, like we said, Mat’s going to be strong at Barber. Josh is going to be really strong at Barber. These guys go really well there. So, I’ve got to stay on my toes. They’re going to want to win real bad. The championship is kind of done, so it’s go time.” 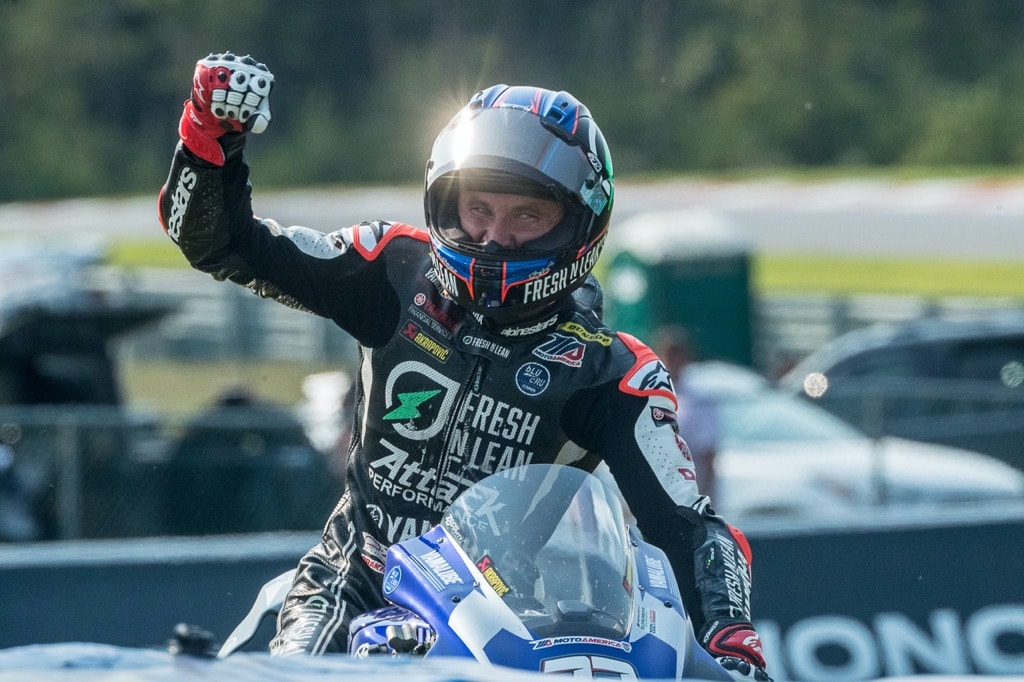 In Sunday’s Supersport race two, M4 ECSTAR Suzuki’s two-rider team took all the headlines for the 19-lap event as Sam Lochoff won his first-ever MotoAmerica race and Sean Dylan Kelly clinched the 2021 Supersport Championship with his second-place finish. HONOS HVMC Racing Kawasaki rider Richie Escalante finished third, but the 2020 defending champion did not surrender his class title without a fight in every race so far this season, including both races at NJMP. There were lead changes aplenty throughout both weekend races, and all three riders took turns at the front. In the end, Kelly’s narrow Saturday victory over Escalante (by a mere .001 of a second) then his second place finish on Sunday snagged the title for the Suzuki rider.

“This is a dream come true to get this championship,” Kelly emotionally stated. “To now be crowned national champion is a dream. I’ve been working really hard for this. Not only me, but everyone around me. My family, ever since I started racing when I was five, they have given literally everything they had. They left everything behind in the U.S. They took me to Spain. They lived there with pennies. Everything for me, for this passion, for this dream. This is one of the first steps. It’s emotional. It’s something that I’ve been working really hard for. Thank you to everyone that has been behind me, my parents, my family, my friends, my supporters… Like I said up there on the podium, this is only my first national championship, and I’m going to keep on going. I’m not going to stop. My next goal is to be world champion, wherever it needs to be.” 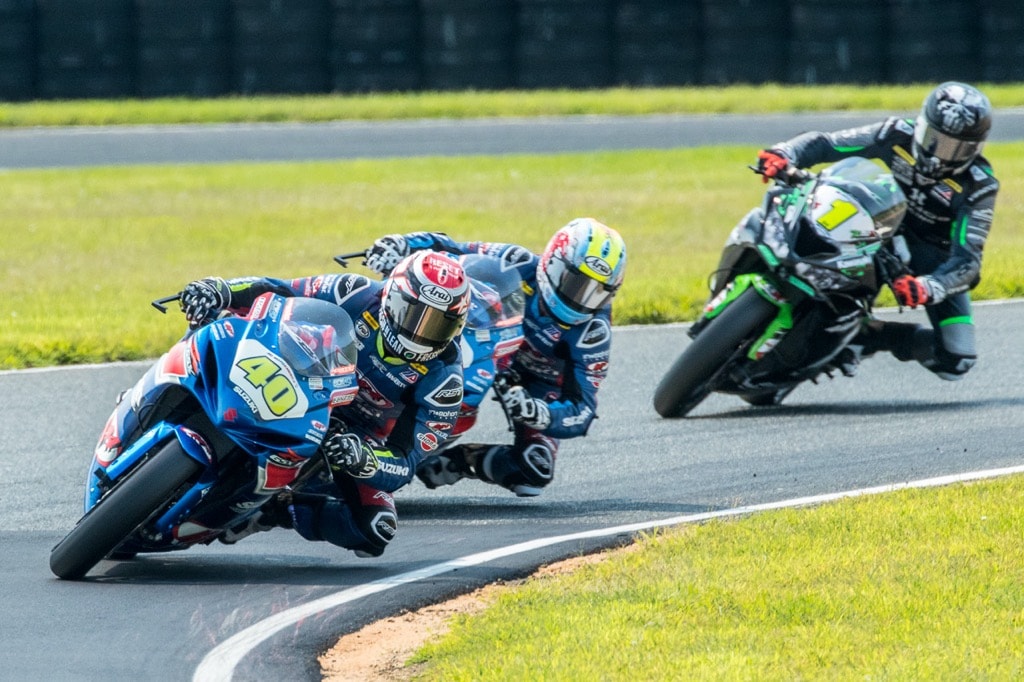 Sean Dylan Kelly, Sam Lochoff and Richie Escalante battling for the front in Supersport. Kelly would grab the 2021 title on points. Photo by Tim Lester Images.

Also clinched over the race weekend at New Jersey Motorsports was the Twins Cup title by Kaleb De Keyrel of Robem Engineering Aprilia, and the Stock 1000 title by Altus Motorsports Suzuki racer Jake Lewis. Those two race classes have been thrilling to watch, bringing fans some of the most exciting races of the season in each round. Still up for grabs is the Sportbiketrackgear.com Junior Cup, with Scott Powersports KTM rider Tyler Scott locked in a season long battle with Landers Racing Kawasaki racer Ben Gloddy for class domination. Scott is up by 30 points over Gloddy going into the Barber Motorsports finale next weekend.

Titles clinched or not, the final races at Barber Motorsports Park next weekend promise to be an exciting finish to a fantastic, record-setting season in MotoAmerica, with plenty of off-track festivities to wrap up the series as well for 2021.

*All photos by: Tim Lester Images 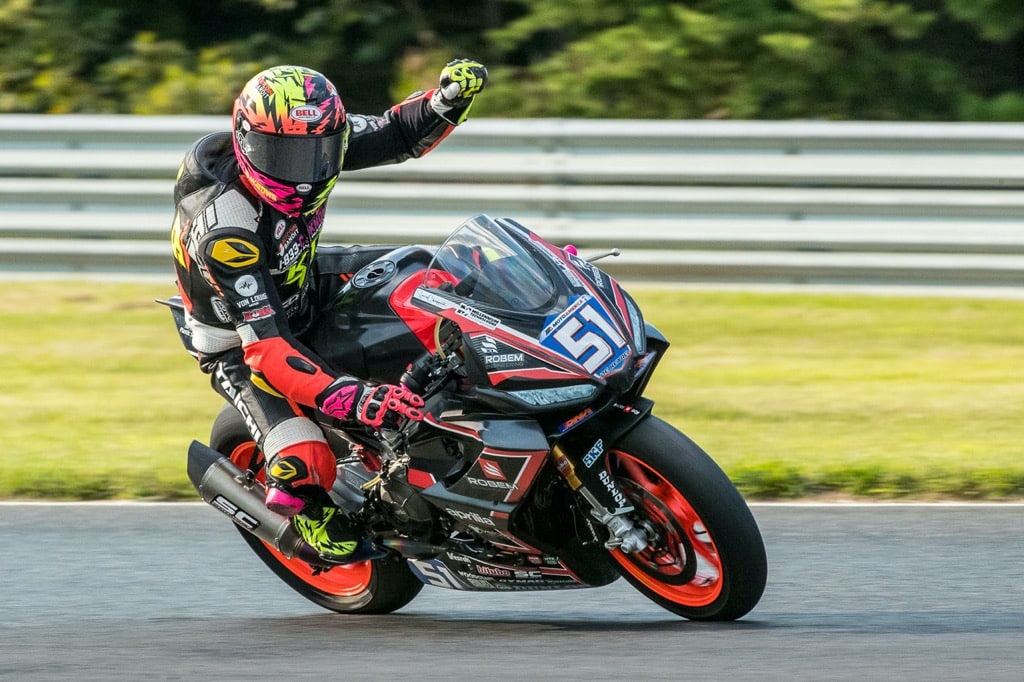 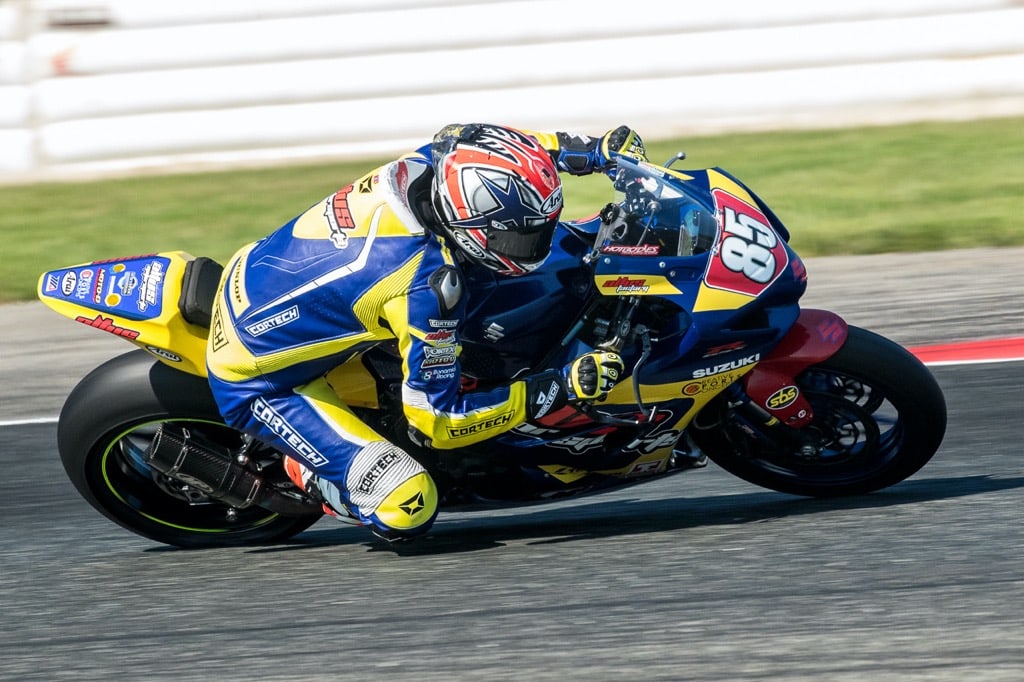 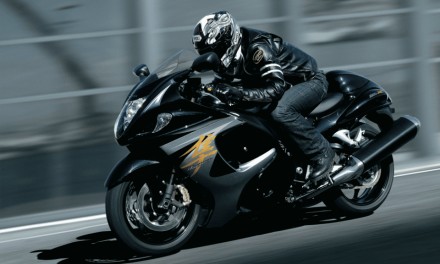 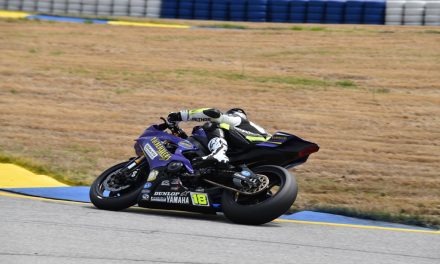 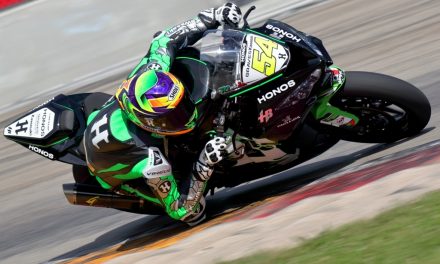 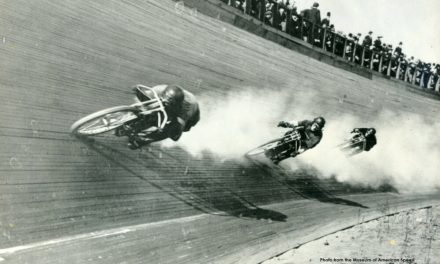