An Englishman In Ukraine, Part 3 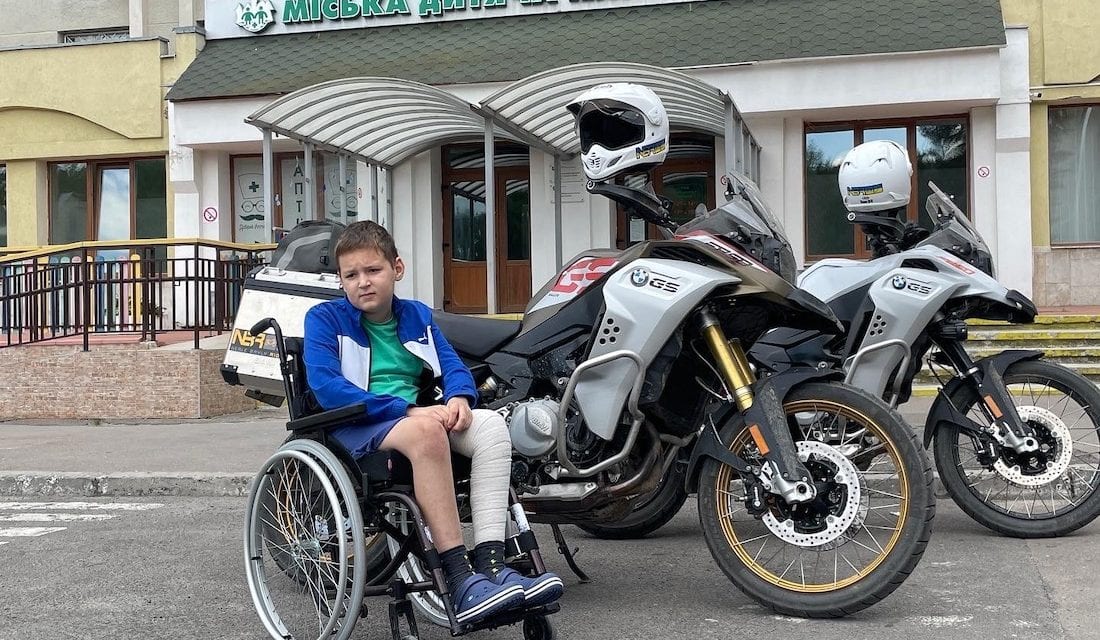 Trapped in the city of Mykolaiv, Ukraine as the air-strike warnings howled across the city, we made the decision to move to a nearby park. Out in the open we hoped that we would be as far from any buildings as we could if they got hit. And, if they hit the park we’d be gone quickly.

The next hour was one of the strangest and most unique of my life as we waited to make our next move. Finally, after a period of silence we decided to go. Kiran had a gut feeling to head back to the apartment complex, as the harsh light of the earlier visit would be gone. In hindsight it created one of the most moving moments of the journey for us as we found 75-year-old, Ilia and his daughter Liubov, still digging through the rubble of his destroyed house and workshop. Somehow in the sheer chaos caused by the Russian missiles his old Scooter had survived. On the surface it appeared to be a 1960s Vespa that Ilia had owned for 57 years. Quite how an Italian scooter had made it into the Soviet Union in the ‘60s was baffling, until we later found out it was a Russian knock-off called a Vyatka. It just seemed impossible that it had survived when everything else was destroyed. 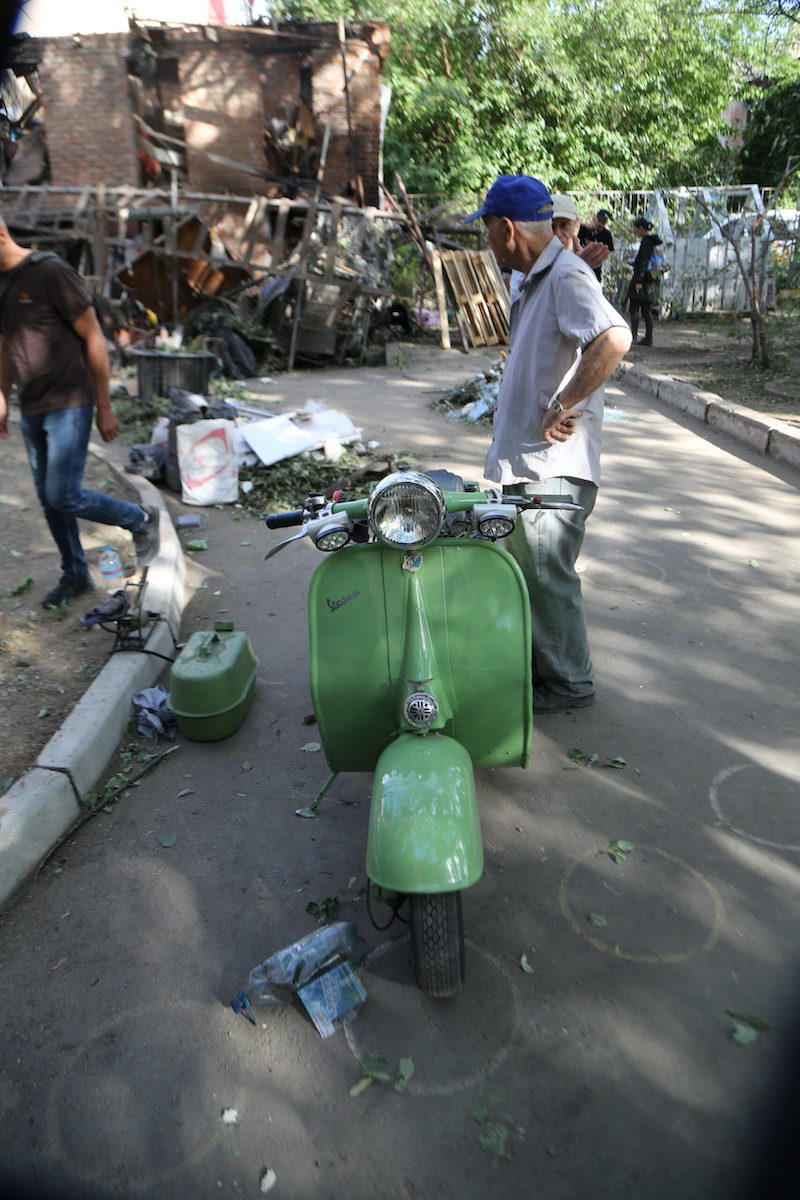 The Russian Vatjaka scooter of Ilia’s.

We said our goodbyes and found a nearby restaurant for dinner, but my inner being was badly unsettled as I was almost mesmerized by the wide-open streets, boarded windows and lack of people. I felt a heavy sense of oppression deep in my soul, but said nothing as we scarfed down some pizza and loaded up.

Once out of town, as the sun sank low to our right, the moon climbing up into the night sky over a long waterway, I think we all let out a collective sigh. Andriy put on some Chris Rea, cranked the volume, and we all just gave our inner thanks for living to tell the tale this day. 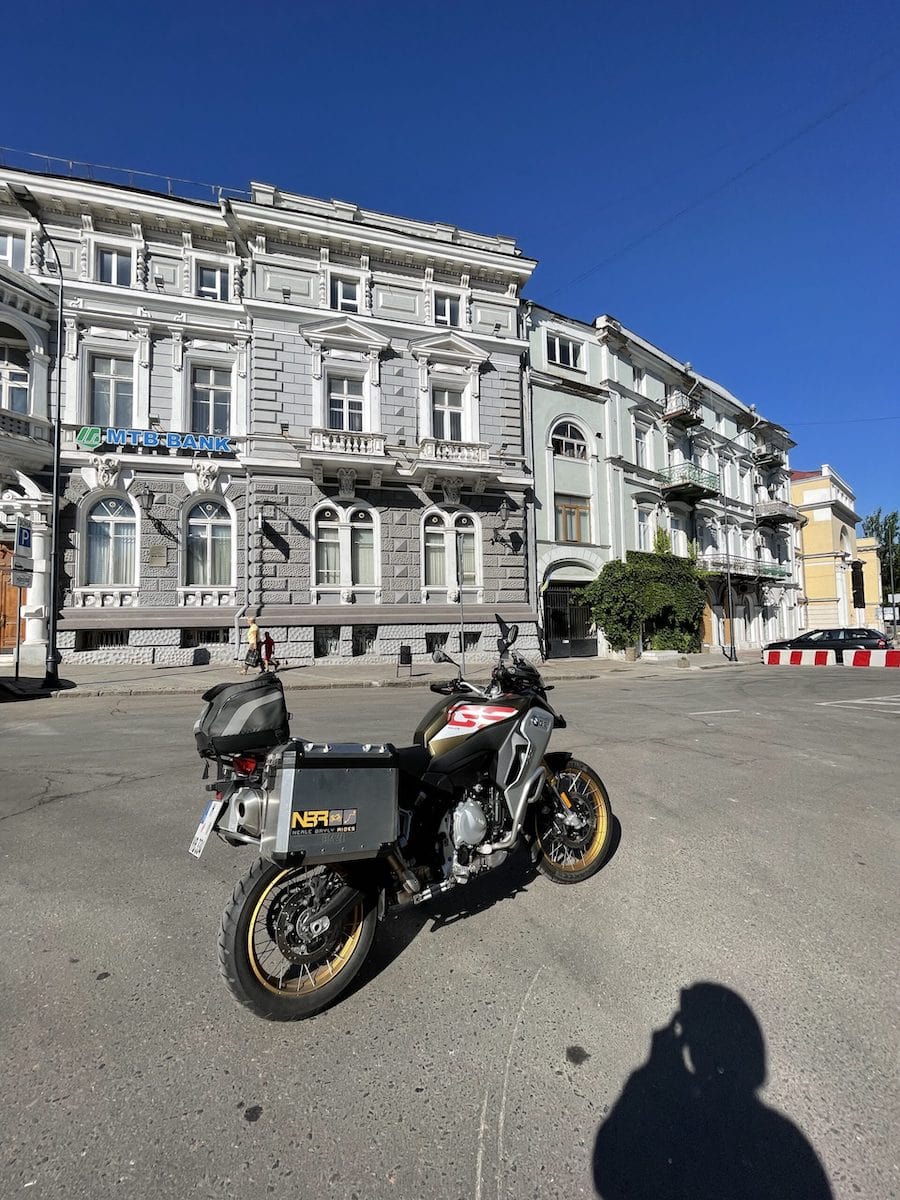 I woke to conflict. It was a scrappy night’s sleep with air strike warnings and haunting dreams of blackened, smoking ruins. I wanted to visit with a friend of Andriy’s who is preparing motorcycles for the soldiers, but Kiran had found an intriguing story down near Snake Island. For anyone who has followed the war, this has been one of the most hotly contested battlegrounds and we needed extra layers of government approval to get into the town of Vyklove.

I think if he had shot us we couldn’t have blamed him. A checkpoint stop where the soldiers were armed to the teeth, trenches ran into the distance, various military equipment and the horizon filled with smoke, the whole scene was tense to say the least. We were instructed to pull off the road and as Andriy dealt with the paperwork Kiran and I sat calmly waiting. There were soldiers camped to our left and when the metallic thump of an automatic weapon being readied focused our attention on a nearby soldier, it made for a long wait. As he nervously watched us nervously watching him we sat as still as possible waiting for Andriy’s return. 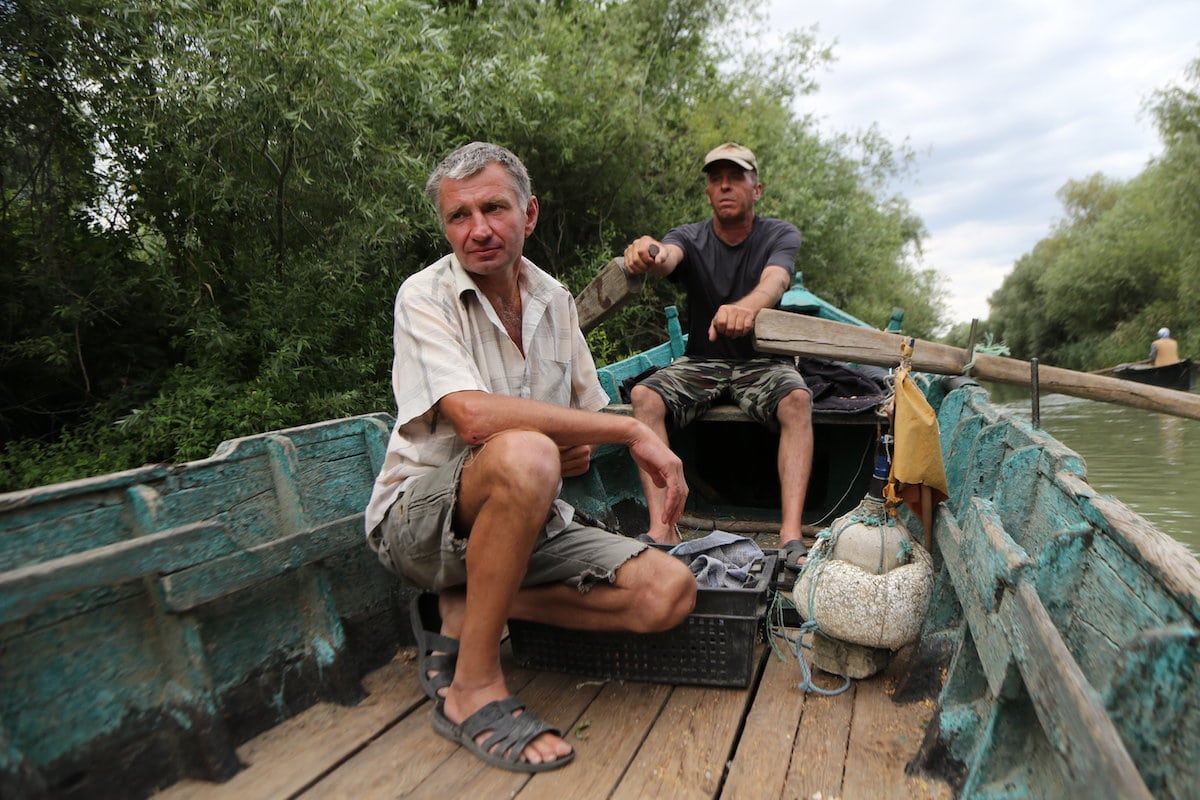 Gliding through the Vyklove canal system with local fishermen.

Omel had done his thing back in Lviv, our local authorization was good, and it was a huge relief to be moving now, even if we had no idea what to expect. Thankfully Vyklove seemed fairly peaceful with no immediate damage we could see, although with no ability for the local fisherman to put to sea. Since the war broke out the town was suffering. In fairly short order we had hopped a fishing boat and were riding through the canal system learning about their lives, the hardships they were enduring, and how they couldn’t sleep at night with the sound of the explosions. We rode with them for a few hours, through the peaceful countryside, and finally back to their homes where they organized a ride back to the car for us. It was like stepping back in time, the old wooden boat, big thick oars and small fishing communities for accompaniment.

At the earlier check point we were waved straight through without a stop, and by early evening were back in Odessa. The empty streets were lit bright by a large moon, but the eerie feeling caused by the emptiness and quietness of what should be a bustling seaside city felt oppressive as we grabbed a snack before sleep. 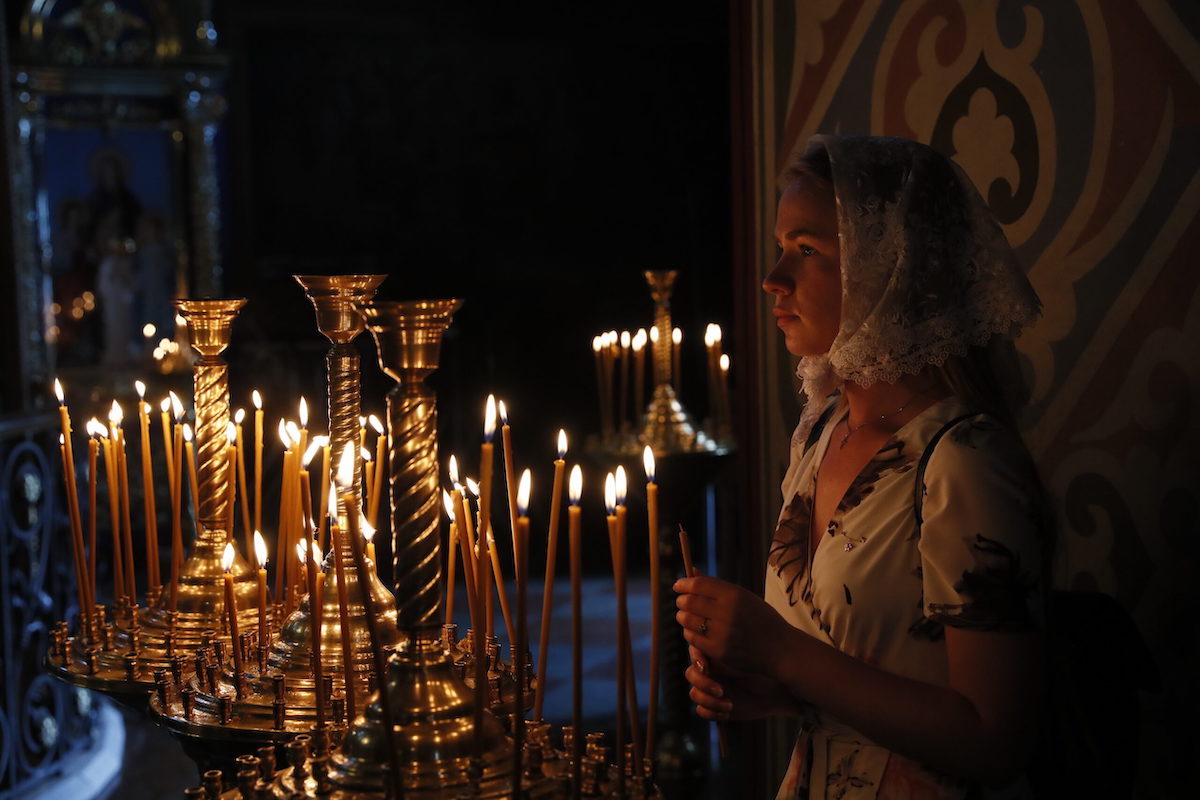 Prayers for the people of Ukraine.

We said goodbye to Odessa early the following morning and set our course for Vinnytsia, a few hours through the open countryside. We decided to make it our lunch stop and went about the business of riding through the massive fields of golden sunflowers and grain. The dark haunting feelings from Odessa began to melt and I felt more relaxed when Kiran said Vinnytsia hadn’t been hit for months and was housing a lot of refugees.

Lady luck or dumb luck? With the sight of two massive combine harvesters and a group of waiting Ukrainian work trucks in the fields, lit golden by the morning light, we couldn’t resist stopping. The grain harvest is a huge story in Ukraine and learning that due to the Russian blockades the farmers were now lucky to get 20 cents on the dollar was sobering. It didn’t show though as they stoically sweated and toiled to bring it in. We had an enjoyable couple of hours just focusing on our jobs, wrapped up in recording the incredible process of the harvest being performed in the breadbasket of Europe. Kiran rode on the machines, I followed the grain truck to the storage and filmed, and then out of nowhere all the color drained out of the day. I saw Andriy on the phone with Omel and knew it wasn’t good. More than a dozen dead, many more injured and the count rising as more bodies were recovered. Three cruise missiles had hit the city center, and had we not stopped to photograph the harvest we would have been right there. 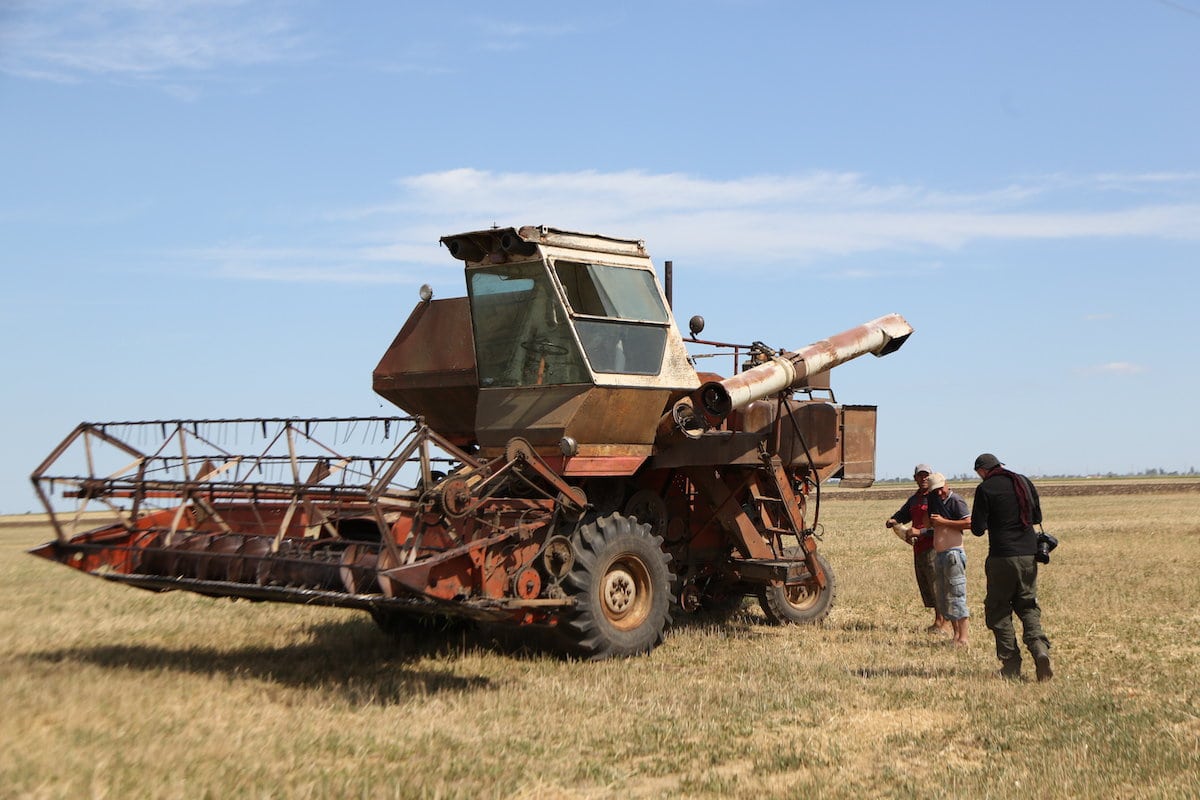 This brief detour might very well have saved our lives.

The scene was beyond horrifying and we’ve all seem enough images of the destruction for me to belabor that point. Buildings still on fire, bits of human remains, fragments of missiles, TV crews, emergency workers, and the smell. The only word to explain it is “shocking.” The disgust felt towards the Russians for deliberately targeting and killing innocent civilians is beyond words. The ride to our hotel in a nearby city later that evening passed in a blur, my mind stuck on what we had seen with no way of diverting it.

Fortunately the next two days were to be bright, and filled with beauty, friendship and calm. We connected with Omel and his film crew, and took off into the Carpathian Mountains along the Romanian border to explore an old Soviet listening station. A group of massive golf ball looking metal structures built during the Cold War at the highest point.

Dirt roads, lush mountains and little to no threat of missiles made for a chance to breathe, relax and work with the crew for their TV spot. Apparently someone thought a couple of hairy English journalists on BMW motorcycles riding around Ukraine would be interesting enough to film. 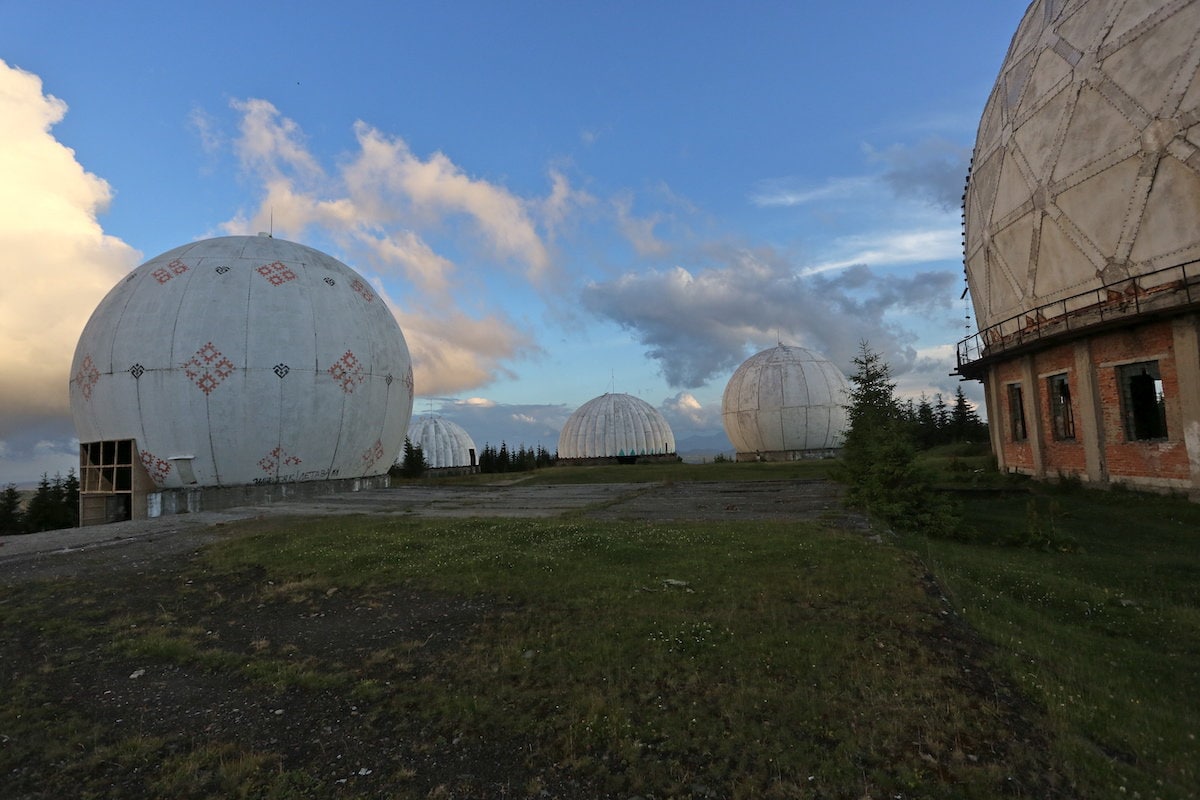 Two days later we were back in Lviv for our final and most important appointment, the Children’s Hospital. Early in the war Kiran had covered a story about a little girl called Sophia who had taken shrapnel to the brain, and with the hospital full of injured children it made sense to donate the money we had been raising as we traveled to help. The press lady, Victoria, introduced us to a young lad called Leo who had recently undergone surgery for a tumor, but was also now unable to walk after the trauma of the bombing and shelling in his home town. He was very shy, but with some candy, a pair of motorcycles, and some time his boyish curiosity took over and the hugs and smiles we shared came the closest to ripping my heart out of any of our experiences. Fighting to keep it together, we did some TV interviews, took pictures and hugged Leo. Then as he rolled back into the hospital waving and calling “Goodbye” the airstrike warnings began to howl once more. Even here in a children’s hospital he is not safe and the darkness attempted to enter again. 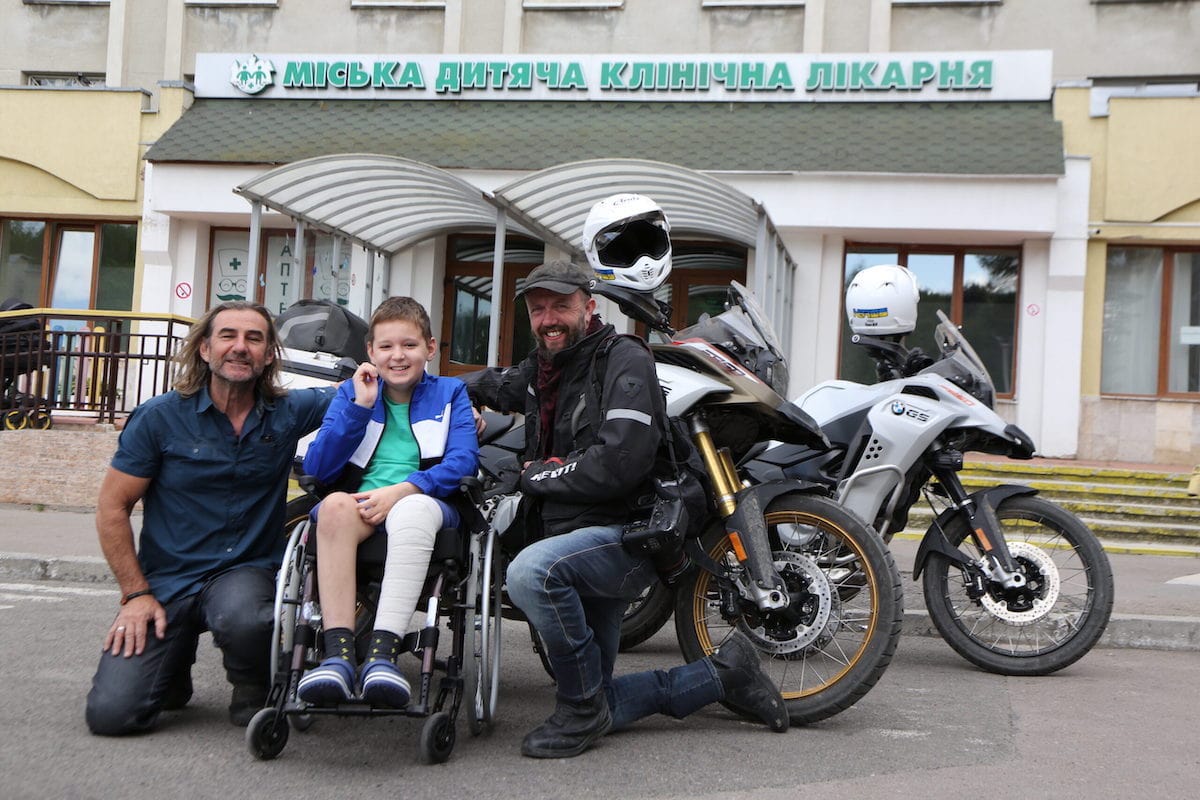 Leo and these children will ride and reside in my heart for the rest of my days.

Some days later we had said our goodbyes, ridden back through Europe and dropped the bikes in Munich. The Tour de France was finishing and Paris was alive with noise and color as I spent a couple of days sorting out my onward travel plans. Kiran was back safely with his family and I walked the crowded Champs-Elysees alone. My body was there amongst the families, street performers, cyclists and historic buildings, but inside I was still on my motorcycle, looking for Kiran in my mirrors and paying attention to Andriy’s moves ahead.

I left my heart in Ukraine.

For Parts 1 and 2 of Neale’s journey, click these links:

To help the people of Ukraine and other efforts Neale works with around the globe, click here:

Watch this short report on Neale’s and Kiran’s travels: 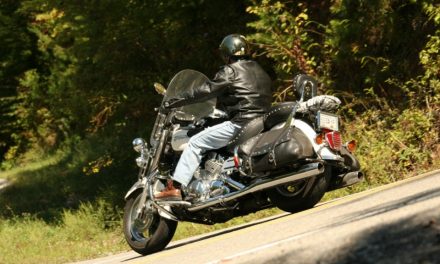 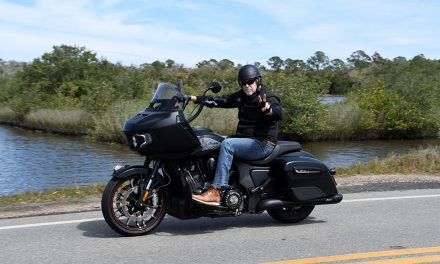 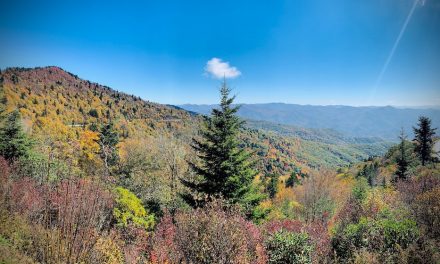 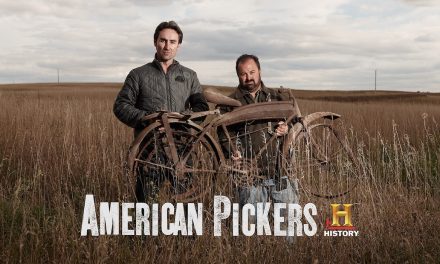